Three teens were sent to the hospital as the result of a head on collision into a tree. The Collier County Sheriff’s office reports that the driver involved in the Naples drunk driving accident was intoxicated, according to Naples Daily News.

Our Naples personal injury lawyers would like to remind teens, and parents, to practice safe driving during this time of year as teens will be hitting the roads in full force. With prom and graduation just around the corner, teen drivers will occupy our roads in larger numbers than previous months. If it important for parents to sit down with their teens and discuss the responsibilities of driving. 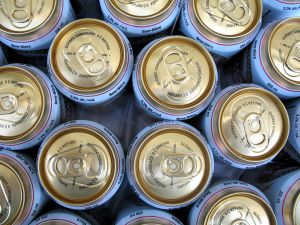 The Sheriff office reports that they responded to the call shortly after 7:00 p.m. The incident took place at the intersection of Maupiti Way and Island Walk Circle in the gated community of Island Walk off Vanderbilt Beach Drive.

Reports also indicate that it was raining during the time of the accident. The vehicle reportedly left 124-foot-long skid marks and was said to have received $10,000 in damage. The driver reportedly took the corner at a fast speed and lost control when he slid head on into a tree.

The driver of the vehicle was found outside of the car and was treated for a head injury. The two rear passengers were reported to have broken their necks in the accident and are expected to face long-term injuries.

After the driver left that hospital, he was picked up by local authorities. He is currently facing two counts of DUI-serious bodily injury to another, a DUI traffic offense and DUI-damage to property.

According to the National Highway Traffic Safety Administration, nearly 11,000 people were killed in alcohol-impaired-driving crashes in 2009. Accidents involving alcohol made up more than 30 percent of the total number of vehicle accident fatalities in the U.S.

Because of these alarming statistics, parents are urged to speak with their young driver about the responsibilities of driving and the consequences of poor driving decisions.

The Centers for Disease Control and Preventions offers parents with this parent-teen driving contract to help you set out some ground rules for your child while they’re behind the wheel. Working together with your teen can help to reduce the number of teen accidents and keep your young driver safe.

If you or a loved one has been involved in a drunk driving car accident in Fort Myers, Cape Coral or Naples, contact Associates and Bruce L. Scheiner, Attorneys for the Injured, today for a free and confidential appointment to discuss your rights. Call 1-800-Dial-BLS.