Thanks to the Consumer Product Safety Commission (CPSC), close to 5 million units of product that violated the nation’s safety rules were stopped from making it into the hands of consumers in the last year. 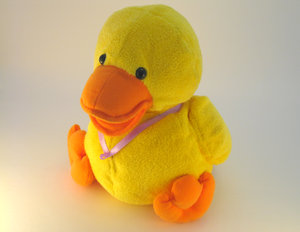 Working alongside its federal partner, the U.S. Customs and Border Protection (CBP), officials with the CPSC have been able to screen close to 20,000 consumer products imported in the last fiscal year. Close to 2,000 of these products were found to have been dangerous or violated safety rules. These products were stopped from getting to you.

Our defective products attorneys understand that we purchase products each and every day with little to no concern for the safety of those in our household. Unfortunately, we’re not oftentimes aware of the dangers and risks of defective products until after disaster strikes. This is why it’s critical for families and consumer to check the Recall List from the CPSC frequently and thoroughly. Each and every day, there are new products added to this list and these are products that you are likely to find in your household.

Investigators with the CPSC as well as the CBP closed out last year’s fourth quarter efforts by trying to keep pace with the efforts of the third quarter. During this time, investigators examined close to 6,000 products and were able to find more than 400 that were deemed noncompliant with current safety rules. Throughout the third quarter, there were more than 5,500 products that were screened and roughly 420 that were deemed as violative.

As for the total number of units, officials were able to stop more than 900,000, down from an all-time high of close to 3 million in the third quarter. Officials believe that there was such an increase in the number of products stopped in the third quarter because of fireworks that were shipped in for Memorial Day and Labor Day.

While it’s nice to rely on federal investigators to keep these products and accident risks from you, it’s important that you’re a proactive consumer and do your own investigation. Stay in the know and keep dangerous products from your home!

Associates and Bruce L. Scheiner, Attorneys for the Injured, is a law firm dedicated to representing accident victims in personal injury and wrongful death claims in South Florida. Call today to schedule a free and confidential consultation to discuss your case. 1-800-283-2900.