Our roadways are getting busy out there, and the risks of accidents are skyrocketing because of it. 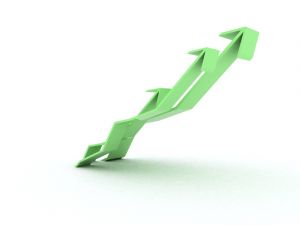 According to the Cape-Coral Daily Breeze, a local driver was involved in an accident recently that sent three people to the hospital. It happened on Interstate 75 when a semi-truck was slammed into by a passing SUV just south of Exit 164.

Our Punta Gorda car accident lawyers understand that the SUV flew off the roadway and caught fire when it finally came to a stop about 100 feet away. According to the Florida Highway Patrol (FHP), the driver of the truck was not injured. It was the three occupants in the SUV who were injured, including a 6-year-old boy. All of them were taken to Peace River Regional Medical Center.

Currently, officials with the FHP are waiting for the results of an alcohol and drug test.

According to USA TODAY, Florida is one of the most-visited states in the country, drawing 80.9 million visitors in 2009 to its theme parks and beaches. And that’s partially the reason why our roadways are so dangerous. An increase in traffic equates to an increase in traffic accident risks.

If you’re going to be heading out on Interstate 75 anytime over the summer, your best bet is to avoid using it during the morning and evening rush hours. You also want to make sure that you’re allowing yourself extra time to get to where you’ve got to go. This is going to help you avoid rushing should to encounter a traffic accident or a road block.

It’s also important to remember that plans don’t always go as, well, planned. Make sure that you’ve got your GPS system ready to go and that your route is carefully planned. Try avoiding busy roadways. Take back roads and roadways with less traffic to help ensure a safe, on-time arrival.

In these collisions, there were close to 2,500 people who were killed and another 182,000 people injured.

And many of these accidents could have been avoided with more alert drivers. It’s important to hop behind the wheel with a plan and to make sure that there’s nothing distracting you from the task at hand — driving.

Stay on the ball and stay alert behind the wheel to avoid becoming a statistic. Safe travel is in your hands.