The Modern Midways’ Ring of Fire ride at the Lehigh Spring Festival proved anything but amusing.

After a recent accident, investigators were called to Veterans Park to see what went wrong. Five were injured, including a 12-year-old girl who suffered a cut above her cheek and eye. Witnesses report that they saw things flying off the ride, according to FOX4. When it came to a sudden halt, injured riders escaped to safety. 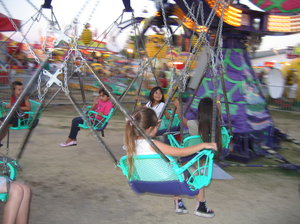 This isn’t the first time that there has been a Modern Midways accident. This is the fifth investigation into the company within the last 5 years. Investigators with the Florida Department of Agriculture were sent to inspect one of the company’s rides at a Gulf Coast Town Center back in January.

“We look to see if there’s any structural, mechanical defects,” said Allan Harrison, the bureau chief of the Bureau of Fair Rides.

Our Fort Myers personal injury attorneys understand that Florida carnival accidents are a serious threat through the summer months. Ride operators are required to inspect these rides each and every day to make sure they’re safe for patrons. Unfortunately, these inspections aren’t always completed properly. Now, investigators are trying to find out what happened. If they find any kind of deficiencies, the company could have $2,500 in fines for each violation.

In the U.S. roughly 500 million guests visit carnivals, festivals and fairs each year. According to the Outdoor Amusement Business Association (OABA), more than half of these people hop on mobile amusement rides. Are you one of them? If so, listen up!

According to the Fixed-Site Amusement Ride Injury Survey from 2010:

-The chance of being seriously injured on a ride at a fixed-site park in the U.S. is 1 in 24 million.

-Close to 60 of the more than 1,200 ride-related injuries, or about 5 percent, required some form of overnight hospital treatment.

Associates and Bruce L. Scheiner, Attorneys for the Injured, is a law firm that is dedicated to fighting for the rights of accident victims. Call for a free and confidential consultation to discuss your rights. Call 1-800-283-2900.