The re-trial of a wrongful death case in Orlando is being closely watched this week as plaintiff attorneys attempt to hold Dominos Pizza Inc. responsible for a fatal traffic accident caused by one of its delivery drivers. 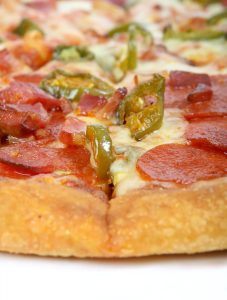 In Wiederhold v. Domino’s Pizza, et al., 2011-CA-001589 lawyers for the victim told jurors at the opening of this week’s trial that Dominos is responsible for the driver’s actions because the company maintained a right of control over the franchise, which rendered the business an agent of the corporation. He said both the franchise owner and store manager would testify that Dominos maintained significant control over the franchise’s day-to-day operations.

Defense counters that the franchise was an independent business and not an agent of the parent company.

The case stems from a 2011 auto accident in Orlando in which a Dominos Pizza delivery driver was accused of causing a collision that paralyzed a Brevard County fire chief. The victim, Richard Wiederhold, died a year later as a result of a pulmonary embolism. In 2016, jurors took less than three hours to determine the delivery driver was responsible for pulling out in front of Wiederhold, who swerved into a median and back across the roadway before the truck overturned. While the driver worked for a franchise owned by an independent corporation, Fischer Enterprises, the case was made against parent company Dominoes Pizza, Inc. (NYSE:DPZ).

The jury awarded the victim’s widow $10.1 million. But last year the Fifth District Court of Appeal reversed the decision and ordered a new trial.

Our injury lawyers in Fort Myers and Cape Coral know accidents involving commercial vehicles often allow for victims to be more fairly compensated because businesses carry liability insurance coverage in significantly higher amounts. However, this case illustrates how complex such cases can become. We note the franchise owner and store manager are testifying against Dominos in this case, in all likelihood to limit their own legal liability.