Insurance companies have a broad duty to defend policyholders in actions where they are accused of liability. One example would be an auto accident. 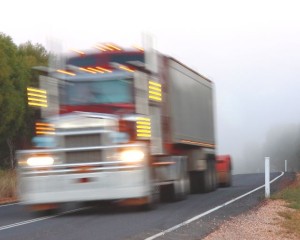 While this may seem of little consequence to the plaintiff, it matters because plaintiffs are ultimately looking to hold the insurance companies liable. That’s because the insured individual likely has far fewer personal resources to pay actual damages. Insurance companies, meanwhile, exist for the purpose of protecting against risk and paying damage claims.

This is why often times if an insurer is wrongly denying a claim and/or duty to defend, plaintiff may settle with the defendant for the right to stand in defendant’s place and sue his or her insurance company for breach of contract and/or bad faith.

Defense of a liability claim is part of why we all pay for car insurance in the first place.

In the case of Nat’l Am. Ins. Co. v. Artisan & Truckers Cas. Co., before the U.S. Court of Appeals for the Seventh Circuit, justices warned harsh action would be taken against insurance companies who refuse to defend their insureds.

This particular case involved one insurance company suing another, but it started with an injury-causing truck accident.

Semi-truck driver, operating a vehicle owned and insured by his father, and riding alongside a co-worker, rear-ended a couple in a pickup truck. That couple suffered serious injury and extensive property damage.

As with most other truck accident cases, the issue of liability was rather complex. The truck was owned by the driver’s father. Driver worked for his father, as did the co-worker who was seated next to him. The father, the son/driver and the truck were insured by a policy under Artisan. Meanwhile, there was a placard displayed on the back of the truck that listed a name of a national carrier service, which was insured by another company.

Plaintiffs sued the driver, the co-worker (it wasn’t clear if he was driving), the father and the carrier.

When the driver learned of the lawsuit, he contacted his/his father’s insurance company, seeking defense. The insurer denied. It argued the policy provided an exemption for coverage in this case, as the policy excluded coverage for use, maintenance or operation of a vehicle on behalf of someone else and this truck was being driven by the carrier.

The carrier’s insurer interestingly agreed to defend the truck driver and the truck owner, though there was some question about whether its policy extended to them.

Still, it also sought to have the truck driver/owner’s insurer involved in the defense. Repeatedly, the insurer shot down these requests – even after being presented with evidence the truck owner had not signed a contract with the carrier until eight days after the crash (he had just prematurely posted the placard).

The carrier’s insurer continued to defend, even when presented with strong evidence it didn’t have to. Ultimately, a settlement was reached out-of-court, with plaintiffs receiving a total of $140,000 – and $100,000 of that assigned to truck driver and truck owner.

Carrier’s insurance company paid that amount to plaintiffs in exchange for the right to pursue the truck driver/owner’s insurer for reimbursement of that and other associated costs.

Although the court noted placement of a placard on a truck is a good starting place for a plaintiff in examining who may be liable in a truck accident, it is not indicative of exclusive liability. It does not mean plaintiff cannot sue – and recover from – other liable entities.

Further, insurance companies in general have a broad duty to defend their insureds if there is any question that coverage may extend for any claim raised. There is a reason the laws are written this way.

In short, federal appeals court found insurer had a duty to defend and breached that duty and for that, must reimburse the carrier’s insurance company the cost to defend and the settlement amount.