Your teen is watching your ever move behind the wheel.

They’re looking, they’re learning and they’re mimicking and perhaps even mocking your behavior. Make sure you set the best and safest example.

Unfortunately, recent studies conclude that parents are too often missing the mark. A recent survey from officials with Students Against Destructive Decisions (SADD) and Liberty Mutual Insurance conclude that teens report that their parents display some pretty dangerous driving habits. According to Claims Journal, these are the same habits being adopted by teen drivers. 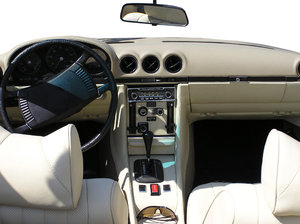 The survey concluded that about two-thirds of teens feel that their parents are following a completely different set of driving rules. Researchers talked with 1,700 teen drivers and got their input on their parents speeding, impaired driving and seat belt usage. The findings weren’t promising. Our Naples car accident lawyers understand that these findings have a lot to say about our teens’ driving habits — as well as our own. This is probably why car accidents continue to be the leading cause of death for teens across the country — parents can and should do more.

-Drive while talking on a cell phone.

-Driving under the influence of alcohol.

-Driving while high on marijuana.

-Not wearing a seat belt during every car ride.

While parents are engaging in these dangerous driving behaviors, they’re expecting their teenagers not to do the same. It’s the “do as I say, not as I do” complex, meaning kids have to follow the rules, but parents are exempt.

“The best teacher for a teen driver is a good parental role model,” said Stephen Wallace, with SADD.

It’s important for parents to make sure that they have an ongoing dialogue with their teens about safe driving. This dialogue should be paired with a safe example of the driving habits you expect them to display. Your teen should understand that everyone has to follow the safe driving rules!

The study also went on to determine that teens mirror their parents’ poor driving habits in nearly equal amounts. Of the 1,700 who were surveyed:

-About 90 percent were talking on a cell phone while driving on a regular basis.

-Approximately 95 percent of teens were speeding on occasion.

-Roughly 80 percent were text messaging behind the wheel.

-About 20 percent were driving under the influence of marijuana.

-About 20 percent were driving under the influence of alcohol.

-A third were driving without buckling up.

Parents are asked to be on their very best behavior when driving in the presence of their newly-licensed teen. Consider enacting a parent-teen driving contract, but whatever you do make sure that everyone is held accountable for following these driving rules. Lead by example and help to keep our teens safe on our roadways! By teaching them safe and responsible driving habits early on, we can help to ensure that they practice these safe habits for a lifetime. It may be one of the most beneficial things you ever teach your child.

If you’ve been injured, call Associates and Bruce L. Scheiner, Attorneys for the Injured, for a free and confidential consultation to discuss your rights. 1-800-283-2900.