The tourists are arriving here in record numbers this season, and with the influx of traffic comes an increase in the risk for pedestrian injuries. While we hope for their money and their enthusiasm to kick start our economy every year, we must also do our part to reduce the risk of accidents. 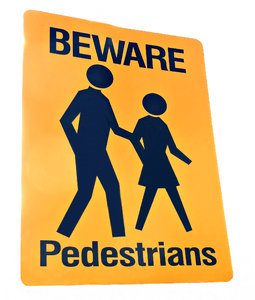 According to The News-Press, two people were killed in two different pedestrian accidents on the same night. One occurred in North Fort Myers while the other happened in Cape Coral. The first of the accidents happened just before 11:00 p.m. at the intersection of Orange Grove Boulevard and Pondella Road. A pedestrian was hit by a passing vehicle, according to reports from the Florida Highway Patrol (FHP). Reportedly, the vehicle had a green light and the driver was unable to avoid the on-foot traveler. No charges have been filed.

Our Cape Coral pedestrian accident lawyers understand that the second of the fatal accidents happened just before 11:30 p.m. between Academy Boulevards and County Club on Veterans. Officers say that the 25-year-old pedestrian was walking across Veterans Parkway when he was hit by a passing vehicle. The pedestrian was reportedly wearing dark-colored clothing and the driver of the vehicle was unable to avoid him.

The truth of the matter is that pedestrians face some serious risks in the Southwest Florida area year round. But more traffic usually results in more accidents and ultimately more fatalities. These cases also illustrate why speaking with an experienced personal injury law firm is critical in the immediate aftermath of a serious or fatal accident; an independent investigation of the scene of the crash can better determine the circumstances of the collision as well as who was at fault.

Fort Myers Beach is trying to raise awareness and is trying to help out these vulnerable travelers. That’s why city officials have decided to hang banners along the island. They’re going to be staying up all year long too, and they’re going to encourage motorists to remember to share the road — with pedestrians.

After a number of accidents last season, officials with the Fort Myers Beach Public Safety Committee decided that these signs were a must, according to NBC2.

“You could be in the middle of the street itself and they won’t stop; sometimes they just don’t stop,” said Jason Beasley, Fort Myers Beach resident.

The Public Safety Committee is looking into redesigning crosswalks to make them safer for everyone. In the meantime, they have spent about $1,000 for three hanging banners to remind drivers of pedestrians along our roadways.

Next, officials say they’re going to make a brochure to get tourists to slow down. The brochure should include traveling tips for bicyclists and pedestrians as well.

Officials are also looking into relocating some crosswalks so that they correspond with lights.

Drivers are asked to be on the lookout. Florida continuously ranks as the most dangerous state in the country for these kinds of accidents. Most of the accidents are the result of driver inattention. Pay attention behind the wheel and keep a watchful eye out for our most vulnerable travelers.

If you or a loved one has been injured in a pedestrian accident, call Associates and Bruce L. Scheiner, Attorneys for the Injured, today for a free and confidential consultation to discuss your rights. Call 1-800-283-2900.