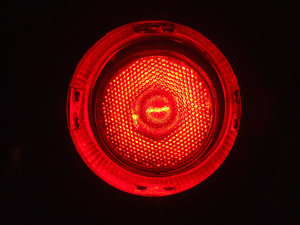 As a matter of fact, a recent study from the IIHS shows us that, in urban accidents, drivers who ran stop signs, red lights and other kinds of traffic control devices accounted for the highest percentage of car accidents (more than 20 percent). Injuries occurred in nearly 40 percent of these accidents.

Unfortunately, these crashes occur with alarming regularity in Florida. A driver thinks he is able to run through an intersection as the light turns yellow. But unless he passes under the light when it is yellow and not red, that driver is setting himself and others up for a serious or fatal collision. As such, even one negligent or reckless driver can injure many victims in the span of only a few seconds.

But drivers in the midst of it too often underestimate the risk. According to a recent study the IIHS (taking place in Fairfax, Virginia), researchers were able to determine that drivers run a red light at a given intersection about once every 20 minutes. When traffic was heavier, drivers were more likely to run these lights. Looking at red-light information from 19 intersections, there were more than 1,770 violations that happened over 554 hours.

It is crucial that all motorists obey the rules of the road. Negligent drivers who fail to obey traffic signs or yield right-of-way at street intersections may be held liable for the accidents and related losses they cause.

To help to reduce the risks of these accidents, all drivers should make a pledge of good faith before the holiday season gets into full swing and before the snow bird population makes its way south.

During this holiday season and every day throughout the year:

-I pledge to buckle up when driving and as a passenger.

-I pledge to obey traffic signals and always stop on red.

-I pledge to never text and drive.

-I pledge to never drink and drive.

-I pledge to obey the speed limit.