South Florida is likely to be on the front lines in dealing with the huge increase in the number of senior drivers as the Baby Boomers hit the road to retirement.

Our Fort Myers accident attorneys frequently report on the dangers faced by teenage drivers. But the Washington Post reports that drivers over the age of 75 are the most at-risk drivers on the road. And those same drivers are twice as likely to say they plan to drive into their 90s than drivers ages 65 to 74. 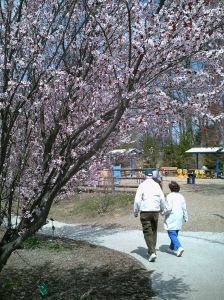 Meanwhile, the Insurance Institute for Highway Safety reports the percentage of those over the age of 70 who remain licensed to drive has increased from 73 percent to 78 percent in the last decade. Today’s 30 million senior drivers are expected to be joined by 78 million Baby Boomers who will begin hitting their 70s over the course of the next decade.

Talking to older adults about driving safety “is happening all across the United States in families up and down the streets every day,” said Elinor Ginzler, a senior vice president of AARP. “It’s a huge issue.”

In 2008, drivers over the age of 65 were involved in 5,569 fatal accidents and more than 183,000 older drivers were injured, according to the National Highway Traffic Safety Administration.

The issue is compounded by the fact that Americans are living longer than ever, though many are dealing with debilitating illnesses, including heart disease, stroke, Alzheimer’s, diabetes and dementia.

“In the old days, or even 20 years ago, people just did not live long enough for this to be a problem,” said Elin Schold-Davis, head of the American Occupational Therapy Association’s Older Driver Initiative. “People are living with a level of impairment that is unprecedented.”

The NHTSA offers a wealth of safe driving information for older adults and their families. Topics include: