With most auto accidents in Fort Myers, if it happens here, the proper court in which to file it will be within the 20th Judicial Circuit Court, Civil Division. 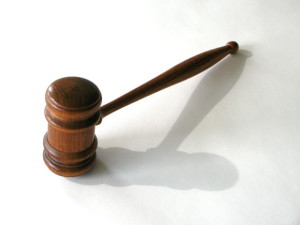 Still, one of the first things the court will want to establish is jurisdiction, which is the official power to make legal decisions and judgments. There are generally two types of jurisdiction: Personal (over the individual involved) and Subject Matter (over the circumstances of the case). There is also a third prong sometimes mentioned called Procedural (over the specific procedures involved).

The purpose of jurisdiction is to ensure the right laws are applied and the right court is handling the case. In most cases, if a car accident happens here, it’s the local civil court that will have jurisdiction to hear the injury claims. However, there could be circumstances under which that’s not true.

In this scenario, plaintiff Woodward was in the back seat of a vehicle, sleeping. There were two other passengers in the car and defendant Taylor was driving. The group all lived in Washington state, but they had gone for a trip to Nevada. They were on their way home, and they were driving through Idaho.

The road conditions weren’t ideal. Not only was it dark (it was 2:30 a.m.) and everyone else in the car was asleep, but the road was slick with ice. There was snow visible on either side of the road. Even with all this, defendant Woodward chose to set her cruise control at 82 mph. The speed limit on the road is 75 mph.

Suddenly, and perhaps unsurprisingly given the facts, defendant lost control of the car. Plaintiff Woodward, who had been wearing her seat belt, suffered severe injuries, including a complex comminuted fracture to her neck.

In May 2013, two years and two months after the crash, Woodward filed a complaint against Taylor, alleging negligence by driving too fast for conditions, causing the one-car crash that involved a vehicle rollover.

The trial court dismissed the lawsuit. Why? Because she had filed it in Washington state. The accident happened in Idaho. The court decided that when a negligence action is based on the rules of the road, it is subject to the law of the state where the accident occurred. Further, because Idaho law was applicable, the case was time-barred because Idaho had a two-year statute of limitations on personal injury claims. Washington, meanwhile, allows three years. (Florida allows four years.)

The decision was affirmed by the appeals court but then recently reversed by the Washington Supreme Court.

But in each case, the state high court took apart these arguments. For example, there is a variation of speed limits between the two states. But the court pointed out the claimant didn’t make mention of violating the statutory maximum speed as the basis for her claim. Rather, she asserted she was driving too fast for road conditions – a provision that each state recognizes.

Because Washington courts have jurisdiction, Washington substantive law applies and that means the complaint is not barred because it is within the three-year statute of limitations.