Approximately 2.5 million people in the U.S. suffer a traumatic brain injury each year, with roughly 50,000 of those cases being fatal. Mostly, these injuries are caused by motor vehicle accidents, falls, being struck by or against objects and assault. 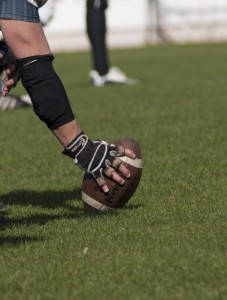 These injuries may be mild, but often result in severe and lasting consequences, including permanent disability or death.

For one teen football player in Iowa, the impact rendered him permanently disabled with severe brain damage and confined to a wheelchair. Now 18, he recently won a $1 million negligence lawsuit filed on his behalf against the school district for whom he played. It is believed to be the largest amount of damages awarded to a high school football player for such injuries.

A 2010 study published by Purdue University and Indiana University in the Journal of Neurotrauma revealed approximately 43,000 to 67,000 high school football players endure a concussion each season. This is believed to be a low estimate because most players – and sometimes coaches and nurses – ignore the signs because they want to keep the player in the game.

In the Iowa case, Strough v. Bedford Community Schools, before the U.S. District Court in Des Moines, involved a student who had a pre-existing condition called cavernous malformation. That meant the blood vessels in his brain were not formed properly. During practice, he reportedly suffered a head injury, but was allowed to continue playing.

Initially, there were allegations his teammates aggravated the injury by throwing footballs at his head over and over again after the initial blow – a form of bullying. This was included in the first filing of the lawsuit, but the complaint was later amended to omit those allegations.

Although the nurse could not have known about his pre-existing condition, she still would have had a duty to use reasonable care to ensure the teen was safe and received proper medical treatment. The boy had to undergo surgery to remove a blood clot near his brain stem. His injuries are permanent.

This was the first high school sports brain injury lawsuit brought in that state since the legislature passed a law requiring students be immediately removed from athletic participation upon exhibiting signs, symptoms or behaviors consistent with a concussion. Students can’t return to the sport until they have been evaluated and cleared by a licensed health care provider.

Florida has adopted a similar law. Amendments to F.S. 943.0438 and F.S. 1006.20http://www.flsenate.gov/Laws/Statutes/2012/1006.20 require youth sports organizations to educate coaches, administrators, athletes and parents of head injury risk, and also require removal from participation in some circumstances where head injury may have occurred. Students who have been removed can’t return to the sport until they have been medically cleared.

Jurors in the Strough case ultimately awarded $140,000 in past medical expenses and an additional $850,000 for pain and suffering, loss of mind and body and future wage losses. The court barred punitive damages from the outset after finding defendants did not display willful or wanton disregard for the student’s safety.