In one of the largest studies of its kind, the AAA Foundation for Traffic Safety paints a very troubling picture of the problem of teen driving and distraction. 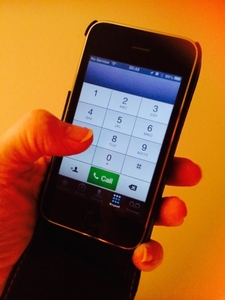 Researchers analyzed approximately 1,700 videos of teens in the moments just before a collision. What they discovered was that 60 percent of the time, when there was a moderate-to-severe crash, the driver had been distracted.

That is four times previous estimates. Those earlier figures were based on police reports, and it was always known they were likely low because distraction is very difficult to prove after-the-fact. While police can comb through digital data on a cell phone to determine if someone was texting at the exact moment of the crash, there isn’t always clear evidence someone was changing the radio station or reaching for an item on the floor.

The videos of those 1,700 auto collisions involving 16-to-19-year-old drivers were gleaned form some 6,850 cameras that were installed in vehicles showing both the driver and the view looking outside the windshield.

What’s interesting is these drivers knew they were being filmed and that these films might at some point be released. Yet, they continued to engage in these risky behaviors, suggesting they considered such actions to be totally normal, not worthy of concealing.

Distraction was especially noted in crashes where the driver rear-ended another vehicle or veered out of their lane or off the road. Talking on a cell phone, texting, reviewing text messages and talking to other passengers were cited as the top forms of distraction.

In one video, a teen driving down a two-lane road at night is shown looking down at his cell phone, texting, while his vehicle crosses the center line, leaves the road and hits a mailbox. In another incident, a teen girl is seen turning her head to excitedly address a friend seated next to her when she has to slam on the brakes to try to avoid collision with a sport utility vehicle in front of her. The video shows the girls’ shocked expressions as they realize a crash is unavoidable.

The examples go on and on and on.

Traffic accidents are the No. 1 cause of death for teens. The presence of other passengers and the risk caused by cell phone distraction exponentially increases the odds of a wreck.

On average, study authors noted, teens took their eyes off the road 4.1 seconds just prior to a crash. In half of all rear-end crashes studied, teens didn’t brake or even try to avoid the car in front of them, suggesting they had no idea they were even at risk because they weren’t paying attention.