The holidays can be a stressful time of year for almost anyone. Some added stressors that we put on ourselves for the holidays are to shop, cook, clean, decorate, and travel to friends and family gatherings. These added stressors can cause heightened anxiety on the road as you rush here and there to get everything done in time. Drivers should be more alert this time of year to aggressive driving behaviors causing Fort Myers car accidents.

Some traits of an aggressive driver are speeding, weaving in and out of traffic, unsafe lane changes and tailgating. These traits can lead to road rage between two drivers. Road rage can be described as extreme behavior between two drivers who show a lack of respect for the safety of other drivers on the road. Aggressive driving is on the rise according to a Smart Motorist article. Two factors that seem to contribute to the increase in aggressive driving is increased number of motorist on the roadways, as well as the increase in miles we spend on the road each year. 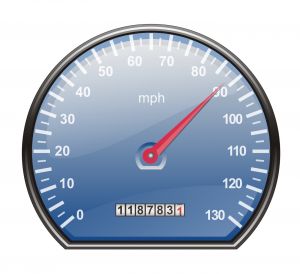 Road rage doesn’t always lead to traffic fatalities but puts other motorists on the road at risk of being involved in a traffic accident or being victimized by assault or other criminal activity. Recently in Orlando, a man fired shots at another vehicle on a major interstate during broad daylight because the driver cut him off, claiming it was self-defense. Fortunately no one was hurt in this incident but under the circumstances it could have been a fatal traffic disaster.

If you are a witness to aggressive driving this holiday season, some helpful tips to remember are:

-Call 911 so a police officer can assist in the situation.

-Increase the driving distance between you and the aggressive driver.

-Don’t respond to the bad behavior by acting out in return. You will only fuel the fire by retaliating.

-Keep a peaceful mind when you are driving in order to prevent your own aggressive driving behavior.

-Show respect to the other driver to prevent escalating their frustration and road rage
If you or someone you know have been injured in an aggressive driving incident, contact Associates and Bruce L. Scheiner, Attorneys for the Injured, for a free case evaluation. Call toll free at 1-800-dial-BLS.