The recent death of veteran newsman and “60 minutes” correspondent Bob Simon has raised a number of questions about how safe back seat passengers are in the event of a crash. 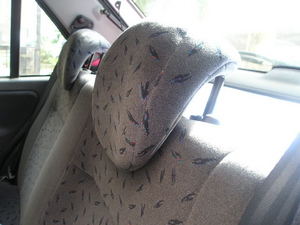 Simon was killed while riding in a livery cab in Manhattan. Although he was not wearing a seat belt, officials say he was not violating any laws, as passengers in vehicles-for-hire are not required to wear seat belts. (Similarly, Florida law requires only front seat passengers to be belted in, and all passengers under 18 must buckle up.)

Such laws tend to imply the back seat is somehow a safer place in the event of a crash, and that isn’t necessarily true.

For a long time, the passenger seat next to the driver used to be referred to as the “death seat,” as that was the passenger most likely to be injured or killed in a crash. It was considered the least protected position in a vehicle.

But that notion is archaic, considering there have been huge leaps in technology and safety features. For example, air bags absorb much of the impact that might otherwise have been fatal for a front-seat passenger. There are also crumple zones that work to absorb a portion of the impact. These features have gone a long way in reducing the risk of injury or death to front seat passengers in the event of a car accident.

However, those same advances haven’t been made for back seat passengers. There are no back seat airbags.

But for adults – particularly older adults – the same does not hold true. In fact, particularly where women are concerned, those seated in the back may even be at higher risk of head and neck injuries compared to those in the front.

We can’t say whether a seat belt would have saved the 73-year-old Simon’s life. However, we know it could have improved his odds. In any serious auto accident, the chances of survival depend on a host of factors, ranging from speed to size of vehicles involved to the the condition of the road.

The good news is in the last 20 years, the odds of survival have improved greatly for those seated in the front – particularly as regulators began mandating auto manufacturers have air bags installed. Front seat passenger safety has been a priority because, safety advocates point out, that’s where nearly 90 percent of passengers sit.

Another problem for back seat passengers is they have been conditioned to believe the back is safer, and therefore they may be less likely to buckle up. Indeed, the law in Florida, New York and dozens of other states don’t even require it. The IIHS reported only 70 percent of back seat passengers between the ages of 20 and 54 wear seat belts, compared to more than 90 percent of those seated in the front.

It’s important to note that ejection from the vehicle was cited in 79 percent of all traffic fatalities in 2012, according to the National Highway Traffic Safety Administration. Seat belts do save lives, and it’s important for all passengers to wear them, regardless of whether they are required by law.