In any car accident litigation, one of the primary issues is causation. That is, plaintiff has the burden of proving that injuries for which damages are sought were indeed caused by the crash. 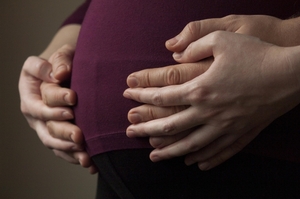 In some cases, this is relatively straightforward, particularly in a serious crash, where one seeks immediate medical attention and the injuries sustained are well-documented and undisputed.

For pregnant women, damage to the unborn child as a result of the crash is unquestionably a compensable injury. However, proving the cause-and-effect relationship can be difficult, particularly if the pregnancy was considered high-risk prior to the crash.

It was for the reason plaintiff in Moses v. Drake ultimately dropped the claim that premature birth was the result of crash-related trauma. The wreck occurred when plaintiff was 26 weeks into a high-risk pregnancy. She delivered five weeks after the accident.

She later sued the at-fault driver in the crash.

The lack of immediate cause-and-effect certainly hindered the assertion, but so too did the lack of adequate expert witness testimony that might bridge that gap. Her legal team did not oppose when the trial court in Delaware dismissed all claims pertaining to the child’s injury.

Unfortunately, causation was still at issue in the claim that proceeded to the Delaware Supreme Court – that the crash had caused her severe back pain.

Because of the severity of the claims she initially made with regard to damage to her infant, the court granted her additional time to secure the multiple expert witnesses she would need to effectively assert her back claim.

Still, she missed the deadline. But both sides agreed to a modified schedule that extended the deadline a bit further. On the day of that deadline, plaintiff submitted a one-paragraph statement from her physician indicating he treated her for back pain, and that it was feasible her injuries were related to the crash.

Defendant took issue with that term – “feasible” – and argued it was legally insufficient to meet the standard of reasonable medical certainty. Despite the doctor filing several clarifications on his statement, including the language “more likely than not” and later “reasonable medical certainty,” the court rejected these as not only time-barred, but reactionary in nature.

The claim was ultimately dismissed by the trial court, and the Delaware Supreme Court affirmed.

Our Cape Coral accident attorneys recognize the importance for any crash victim to receive prompt medical attention following an motor vehicle collision. Not only does this help to preserve evidence, it is important to ensure your health has not been negatively affected more than you initially realize. This is especially critical for pregnant women and the health of their unborn child.

A study conducted last year by researchers at the University of Toronto revealed pregnant women were 42 percent more likely to be involved in a serious crash (particularly in their second trimester) as compared to those who were not with child.

In order to preserve health and legal rights, pregnant women involved in car accidents should:
-Seek immediate medical attention, no matter how far along you are and even if you feel fine -Ask about the possibility of placental abruption, which can lead to serious problems, including premature delivery or miscarriage.