According to the Fort Myers Police Department, National Teen Driver Safety Week (NTDSW) is being held this year from October 16th through the 22nd. During this time, officials, safe driving advocates and local law enforcement agencies will be campaigning to raise awareness about the dangers our teen drivers face on our roadways. Car accidents in Fort Myers and elsewhere continue to be the number one killer for teens in the country. 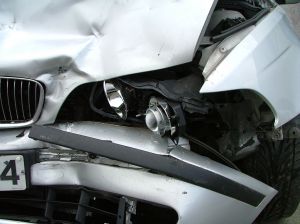 This week-long campaign was established by Congress back in 2007 and has been held every year on the third week of October. This year, parents are asked to continue the teaching process with their teen driver. According to recent studies, parents who frequently speak with their teen about safe driving habits and those who enact driving rules within the family have fewer risks for an accident than teens who are let loose on our roadways without guidance.

Our Naples teen car accident attorneys would like to focus in on a recently released study from the AAA Foundation for Traffic Safety. This study examined the driving habits of teen drivers by installing cameras into the cars of teen drivers in North Carolina. The goal of the study was to determine what it is that causes our teen drivers to be at such high risks for car accidents.

Researchers were able to credit nearly 70 percent of the accidents to three common driving mistakes, including speeding, failing to yield and driver inattention. Data proved that these accidents most often happened when drivers were making left-hand turns. Another finding of the study confirmed that teen accident risks decrease with experience behind the wheel.

“What our new study tells us is that there are a few specific abilities that we could do a better job of helping teens develop before they begin driving independently,” said AAA Foundation President and CEO Peter Kissinger.

Cameras also revealed another interesting characteristic; the change in driver behavior once they were driving without supervision. During unsupervised and unrestricted driving time, teens were more likely to engage in dangerous driving habits behind the wheel, including texting, making phone calls and engaging in activities with other passengers.

Tips for parents of teen drivers, from the National Safety Council:

-Set a curfew. Teen driver’s risks of experiencing an accident increase as the sun goes down. Consider a driving curfew.

-Limit passengers. Passengers, especially teenage ones, can be some of the most dangerous distractions for drivers. The more passengers in a vehicle, the higher the risks are for an accident.

-Ban cell phone use. Because Florida has no laws governing the use of cell phones or text messaging devices for drivers, parents are asked to regulate these behaviors among their teen drivers.

-Require seat belts. Seat belts have been proven as the most effective way to save a life in the event of an accident. Make sure everyone wears one during every car ride.

Associates and Bruce L. Scheiner, Attorneys for the Injured, have spent four decades fighting for the rights of car accident victims throughout South Florida, including Fort Myers, Naples, Cape Coral, Port Charlotte and Sebring. If you or your teen driver has been involved in a car accident, call for a free and confidential consultation to discuss your rights. 1-800-283-2900.