Red-light cameras may not be as much of an inconvenience as people originally thought as the intersection cameras saved nearly 200 lives in 14 large US cities in a 4-year study conducted by the Insurance Institute for Highway Safety (IIHS).

Researchers believe that if these cameras were installed in all cities during that same researched time period, a total of 815 lives could have been saved in intersection car accidents in Fort Myers and elsewhere. 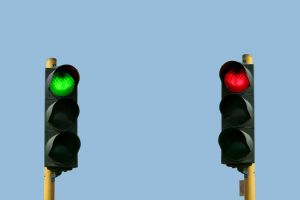 “The cities that have the courage to use red light cameras despite the political backlash are saving lives,” says Adrian Lund, IISH president.

Our Fort Myers personal injury lawyers urge you to be careful when passing through intersections, regardless of the presence of red-light cameras. Intersection accidents are among the deadliest types of crashes.

Never mind these life-saving statistics, some Florida lawmakers want to pull the devices from local intersections. This campaign comes just one year after lawmakers passed a law legalizing these intersection cameras, according to Sun Sentinel. These red-light cameras slap drivers with fines of more than $150 for violating an intersection signal.

Earlier this month, the House Appropriations Committee voted 12-9 to send HB 4087 to the full House as both the Florida House and Senate are seeking repeal proposals. The bill’s sponsor, Rep. Richard Corcoran, R-Trinity, argues that the red-light cameras have actually increased the number of serious traffic accidents at intersections.

“Let’s step back and figure out a way where we can make these intersections safer for our communities,” said Corcoran. Some studies have shown an increase in rear-end collisions, usually temporary, as motorists remember the cameras and slam on their brakes to avoid a ticket.

“Examining a large group of cities over several years allowed us to take a close look at the most serious crashes, the ones that claim people’s lives,” says Anne McCartt, Institute senior vice president for research and a co-author of the study. “Our analysis shows that red light cameras are making intersections safer.”

As lawmakers attempt to pull potential life-saving red-light cameras from our Florida intersections, they have also failed to pass any laws banning another dangerous driving habit — text messaging. Florida remains one of the only states left without such a law.