There are no laws on the books that regulate driver distractions in Florida, according to the Governors Highway Safety Association. As we recently reported on our Florida Injury Lawyer Blog, officials with the National Transportation Safety Board (NTSB) are pushing for a nationwide ban on the use of portable electronic devices for drivers everywhere. This ban would include all forms of electronic communication. 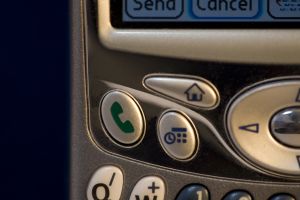 Although there were more than 3,000 people killed in distraction-related car accidents in Naples and elsewhere throughout 2010, not all states agree with the idea of an overall ban. Distraction-related laws started hitting the books back in 2000. Since then, no state has enacted a full ban for all drivers, according to CNN. According to the executive director of the Governors Highway Safety Association, Barbara Harsha, these laws are difficult to enact because oppositions strongly voice their opinions of government intrusion, saying these laws hinder people’s personal freedoms.

Our Naples car accident attorneys understand many states have banned only hand-held cell phone use in an attempt to make roadways safer. The problem with that is that recent studies from the National Safety Council (NSC) have determined that just banning hand-held devices isn’t going to solve the problem considering that hands-free devices are just as dangerous and distracting to drivers. It seems that the battle of driver safety will be continuous and until drivers make safety a top priority and willingly curb the dangerous habits, we can continue to expect unnecessary, careless deaths on roadways across the nation.

According to David Adkins with The Council of State Governments, lawmakers feel that trade groups and constituents think total bans like this are excessive and states won’t go for a total ban. He compared a potential ban to an 18th Amendment of today — a prohibition that wouldn’t work.

According to the NSC, distractions have become such a big problem on our roadways that they’ve joined the list for the top contributors to fatal accidents, alongside speeding and alcohol.

“Distracted driving” was listed as Webster’s Dictionary as Word of the Year in 2009. During the year:

-There were over 200 state bills introduced in an attempt to curb cell phone use — talking and texting — for drivers. Laws that made it through were considered front-page news!

-The U.S. Department of Transportation (USDOT) launched the Distracted Driving Summit, in which the Secretary of Transportation, Ray LaHood, called the most important meeting in the department’s history.

-Public polls illustrated that a majority of American drivers support such anti-distraction laws.

Recent studies illustrate that drivers can’t “multi-task” as well as they think. The truth of the matter is that no one can evenly focus on two activities as well as if they were focusing on one. While many people have proposed hands-free cell phone use as a solution to the driver distraction problem, it has been proven that these devices are just as dangerous. When focusing on another activity, drivers see less of the road and they react slower, all contributing to higher risks for an accident.

If you or someone in your family has been injured in a motor vehicle accident involving a distracted driver in Fort Myers, Naples, Cape Coral or Sebring, contact Associates and Bruce L. Scheiner, Attorneys for the Injured, for a knowledgeable explanation regarding your rights. Experienced injury lawyers are available for a free appointment to discuss your case in detail by calling 1-800-283-2900.