Generally speaking, the government and its employees are shielded from lawsuits asserting negligence resulting in injury based on the legal principle of sovereign immunity. Government entities entitled to this protection encompass a wide range of fields, from police departments to hospitals to school districts to transportation departments. 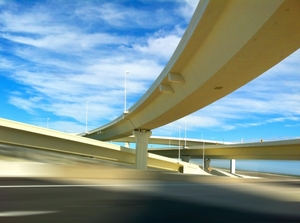 However, our Sarasota injury lawyers know that successful lawsuits against the government and its workers are won all the time. That’s because this immunity is waived in certain circumstances, primarily when the plaintiff can show the worker acted recklessly, outside the scope of his or her employment or when the negligence involved an operational failure, rather than a planning failure.

Clearing these hurdles requires careful legal analysis on the part of your attorney, and hiring a lawyer with experience will be critical to your case.

Recently, Florida’s 1st District Court of Appeal granted the plaintiff motorist in Bergmann v. Florida Department of Transportation the right to continue her lawsuit against the Florida Department of Transportation, reversing a lower court’s ruling that the claim was barred by sovereign immunity. The appellate court ruled the operation-level failure alleged in this case amounted to a situation in which the claim was not barred by sovereign immunity statutes.

The exact details of what led to the lawsuit aren’t in the appellate court record, and the original complaint isn’t available in the county clerk of court archive. What we do know, however, is that the plaintiff was a motorist who alleged the DOT created a known hazardous condition, which led to a crash that resulted in her injuries. The complaint indicated the condition involved a hidden danger, and that DOT workers knew of the potential hazard, but didn’t take any steps to correct it or warn motorists of it.

Assuming the plaintiff’s claims are true, the appellate court said these assertions would involve operation-level failures (as opposed to planning-level failures), meaning immunity would not apply in this case.

The court based its decision on the findings in the 1982 Florida Supreme Court case of Department of Transportation v. Neilson. This stemmed from a 1975 crash in which the driver was struck by a truck while passing through an intersection, causing serious injury to the driver, her passengers, her husband and children.

Plaintiffs sued a number of entities, including the DOT, the county and the city. Against the governmental entities, the plaintiffs alleged negligence in:
–The design and construction of the intersection;
–The failure to install adequate traffic control devices and signals;
–The design, construction and maintenance of confusing traffic control devices at the intersection;
–The failure to warn motorists of the dangerous conditions.

In weighing the case, the state supreme court held that it can’t be considered tortious conduct for the government to govern. There has to be room for basic government policy decision and implementation thereof, not hampered by fear of liability.

In the 1979 case of Commercial Carrier Corp. v. Indian River County, the court distinguished between operation-level and planning-level decisions. They aren’t easy to define, but the court indicated that failure to properly maintain an existing traffic control device was operational, while the decision to install or not to install a traffic control device was a planning-level decision.

While the court rejected the complaint made by Neilson due to its assertions of planning-level negligence, justices did indicate that a complaint alleging a known dangerous condition or trap for which there was no proper warning would constitute an allowable cause of action.

Based on that finding, the 3rd DCA reversed and remanded the Bergmann case.

Not every crash will merit a claim against a government entity. However, it’s important to consult with an experienced attorney, who can help you determine if there is a legitimate claim against some entity other than the at-fault driver and his insurance company.