Treestand ratchet straps are one of the leading causes of injury to hunters. A 2014 study published in the World Journal of Clinical Cases revealed tree stand falls were a persistent cause of neurological injury while hunting. The study period lasted eight years, and revealed this to be a significant problem in the hunting community. 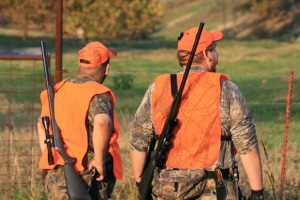 In the recent case of Bradley v. Ameristep, Inc., plaintiff suffered serious injuries after falling off a tree stand. He later sued the manufacturer of the device, alleging strict product liability, negligent design and manufacture, failure to warn, loss of consortium and violations of state consumer protection laws.

While trial court granted defense motion for summary judgment after striking plaintiff’s key expert witness testimony, the U.S. Court of Appeals for the Sixth Circuit reversed. The panel found the expert qualified and remanded the case for further proceedings.

According to court records in this defective product lawsuit, plaintiff bought two replacement ratchet straps sometime in 2007 or 2008. These straps were made by one defendant and distributed by another. The straps were to be used exclusively with the hunting treestand he already owned.

In 2008, plaintiff used the straps to secure his treestand to a tree sometime in the fall. During that season, the straps were exposed to the elements. At the end of the hunting season, plaintiff took the straps down and stored them in his garage. He didn’t try to use them again until the fall of 2011.

He took them out of the garage, visually inspected the stand and the straps before climbing up into the stand. Within a few minutes, the straps broke. Plaintiff fell to the ground and suffered injuries.

He and his wife filed a lawsuit for damages.

District court granted a defense motion to exclude testimony of two expert witnesses. One of those planned to testify defendants failed to include an ultraviolet light inhibitor in the straps that would have protected the plastic from the natural degradation caused by exposure to sunlight. He also intended to testify defendants failed to provide consumers with information that would let them know when the straps were no longer safe.

The district court, influenced by the ruling of another court involving this same witness in a similar case, ruled the expert had limited experience with the kind of webbing material at issue.

Another witness planned to testify the straps were defective at time of purchase due to failure to warn of the risks associated with potential decay of polymers. Further, he planned to assert defendants failed to adhere to relevant industry safety standards. District court excluded this witness too, finding he had no expertise in the use of polymers or the design of the products at issue.

The district court further rejected plaintiff’s argument that defendants should have warned users to also use a safety harness, concluded plaintiff “would not have heeded such a warning in the first place.”

Plaintiff appealed, and the federal appeals court reversed. The court found the first witness had 35 years of experience in analyzing forces and conditions leading to product failures. In weighing his experience, the court determined he was in fact qualified.

Further, the court ruled that even if both witnesses had not been qualified, the claim could have survived on its own without expert witness testimony under the applicable consumer expectation test. In other words, it wouldn’t be necessary for plaintiff to show why the product failed, so long as he was able to persuade the jury that an ordinary consumer would not expect these straps to fail so catastrophically after only a few months of exposure to the elements.

Now, the case will go to trial.