A second Florida appellate court has certified a question to the state supreme court regarding whether a defendant must have actual knowledge of a crash in order to be criminally charged with leaving the scene of an accident involving death. 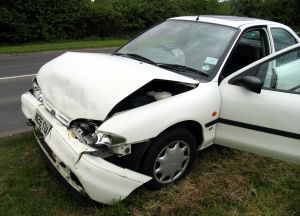 Florida’s First District Court of Appeal, in Cahours v. Florida, reversed defendant’s criminal conviction for hit-and-run on grounds that standard jury instructions on this matter are unclear. The court also urged the state legislature to consider stepping in to clarify this matter for the judicial system.

Our Cape Coral personal injury lawyers recognize that while this is a criminal case, not a civil one, it could ultimately impact future civil cases for the simple fact that criminal convictions can help bolster the position of the plaintiff in a civil case arising from the same basic facts.

Florida legislatures recently tackled the issue of hit-and-run penalties to bring them more in line with those meted out for DUI manslaughter. The problem previously had been that sentencing for leaving the scene of a fatal crash was lesser than for DUI manslaughter – meaning those who caused a deadly crash while driving drunk had incentive to flee. Now, both convictions carry a minimum mandatory four-year prison term.

The initiative shown by the legislature was well intentioned, but we still have far to go, considering the huge number of hit-and-runs in recent years. In 2012, the Florida Highway Patrol counted nearly 70,000 hit-and-run crashes, resulting in 168 deaths. That’s more than three people killed every week in Florida in a hit-and-run collision. Countless more are seriously injured, some permanently.

From a civil case standpoint, one of the primary problems with hit-and-run situations is if the perpetrator is never caught, an injured party may be sharply limited in what they can receive in compensation unless they personally carry uninsured motorist coverage. That’s not a requirement in Florida, though it’s highly recommended for this reason.

That’s why it’s so important for the criminal justice system to have the power to enforce high penalties to serve as an appropriate deterrent.

In the Cahours case, defendant driver was sentenced to 11 years in prison after he struck and killed a 22-year-old female bicyclist in an apartment complex and continued on without rendering aid. Evidence later showed he’d been drinking for seven hours prior to the crash, which occurred shortly after the inside of the vehicle filled with smoke from a firework lit by a passenger inside the car. The driver continued to operate the vehicle even after sparks and smoke filled the vehicle. He was arrested months later when the passenger came forward.

On appeal, defendant argued standard jury instructions for the offense of leaving the scene of a crash involving death misstate the law, specifically with regard to the requisite level of knowledge that a crash occurred.

The appellate court agreed, and joined Florida’s 4th DCA in the certification of a question that arose in the 2013 case of Dorsett v. State. While the law indicates a person must have “willfully” left the scene of a crash, jury instructions indicate the person “knew or should have known” there was a crash. It sounds similar, but the concern is that if a person should have known there was a crash but did not have actual knowledge, he or she cannot be found guilty of willful fleeing. Willful is defined as intentional and purposeful.

In its reversal, the 1st DCA held a person can’t willfully, intentionally or purposely leave the scene of a crash without actually knowing it happened. Still, the court conceded a defendant could seek to evade criminal liability through deliberate indifference. Specifically, a driver who reasonably should have known a crash occurred continues to drive without stopping so that he or she essentially avoids having actual knowledge of a crash, which could result in liability.

For this reason, the court has sought guidance from the Florida Supreme Court and/or intervention from state legislators.