The Eleventh Circuit Court of Appeals, the same circuit that oversees federal appeals in Florida, recently grappled with the question of whether homicide by firearm was in fact an “accident” covered under an employer auto insurance policy. 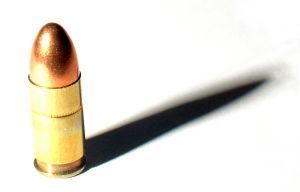 On the surface, it sounds absurd. However, it was a question with which the lower court struggled even after careful consideration. Additionally, there are wider implications in the decision rendered in Travelers Property Casualty Company of America vs. Moore et al. for off-the-clock workers involved in incidents while driving company vehicles.

In Florida, a person injured by an on-the-clock employee driving a company vehicle may seek compensation not only from the individual driver, but also the employer on the basis of the employer’s liability. (An injured person might also seek to hold a company directly liable for negligent hiring, training or supervision, but that is a separate discussion.) Vicarious liability is holding the owner/insurer of a vehicle responsible just by virtue of the fact the vehicle was involved – so long as the driver had permission to operate the vehicle.

That became a central issue in the Travelers case. Our Cape Coral car accident attorneys understand the case began with a repossession of a Ford Mustang. The car belonged to an employee of a lottery machine installation firm in Rhode Island. The vehicle was parked in his driveway, alongside his company-owned van. He was not working at the time of the incident.

Two men working with the tow company arrived, knocked on the door and spoke briefly with the owner of the Mustang. After this, the tow company workers hitched the Mustang to the tow-boom of their truck. In the midst of this, the vehicle owner emerged from the residence armed with a sawed-off shotgun. He fired a single shot into the air. He then fired three more rounds, two of which struck the tow truck boom. The third blew out the front, passenger side tire.

The tow truck driver and the widow of the passenger sued the gunman’s employer and its auto insurer, arguing it should be liable because the shooter was operating a company-owned vehicle.

Prior to taking possession of the van, the worker signed a “policy acknowledgment form” in which he agreed to restrict his personal use of the vehicle, which was not authorized by the company. An immediate supervisor said this policy was so strict, workers were not even allowed to fuel up company cars after business hours.

However, records of his service logs indicate more than half of the mileage accrued on the vehicle couldn’t be connected to his work assignments. Because the company was based in Rhode Island, the court applied the law of that state in interpreting the policy.

In a bench trial, a judge held that because the Mustang owner had permission to drive his work van at the time of the incident, and the injuries and wrongful death of the tow truck worker were “not intended or expected,” they were considered to be the result of an “accident” and the employer insurance company was responsible for coverage.

The insurer appealed, arguing the worker wasn’t covered under the policy because he didn’t have permission to use the vehicle for personal reasons, the death and injuries were not accidents and the harm suffered was both expected and intended.

The appellate court found the plain language of state statutes regarding insurance coverage don’t fit the circumstances of this case. While Rhode Island state law has found some intentional torts can fall under the meaning of the word “accident,” that determination affects the liability of the vehicle owner. It doesn’t delineate what is or is not covered under certain insurance policies.

Further, although the company may have “consented” to the worker’s personal use of the vehicle by not sanctioning him for violations of the policy, there is no evidence the company granted him permission to use the vehicle to carry out a criminal rampage. Further, such use could not have been reasonably foreseen by the company, the court ruled.

Because he did not have permission to use the van, it was not covered under the insurance policy and the insurer was not required to provide indemnification for his actions.

There is no such thing as a simple personal injury case. Make sure your law firm has the resources, knowledge and experience necessary to handle complex personal injury and wrongful death litigation.