Florida, like a host of other states, has given the option to drunk driving victims in certain cases to pursue civil litigation against individuals or establishments that illegally served alcohol to the driver who caused their injuries. 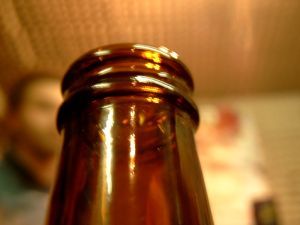 Lehigh Acres drunk driving accident attorneys recognize that this presents the chance to seek compensation from bars, restaurants, liquor stores and even parents and social hosts – and their insurers – in addition to the person who was driving drunk. It’s an important provision that may go a long way in bolstering the amount of recoverable damages. It also serves the important function of deterring individuals from serving alcohol to minors or those known to be habitually addicted.

However, these statutes are not without limitation, so it’s imperative that drunk driving accident victims consult with an experienced attorney before deciding how best to proceed.

One recent example of limitations was illustrated in the case of Cannizzaro v. Marinyak. Here, the Connecticut Supreme Court was tasked with determining whether the trial court had erred in granting summary judgment to a homeowner accused of negligent supervision, negligent service of alcohol and reckless service of alcohol.

According to court records, the plaintiff was injured when another driver traveling in the same direction attempted to pass. Instead, the other driver collided with the plaintiff’s car, resulting in injuries categorized as catastrophic, including traumatic brain injury and leg amputation.

Authorities determined the other driver was under the influence of alcohol at the time of the crash. His blood-alcohol level registered 0.19 percent – more than twice the legal limit.

Shortly before the crash, the drunk driver had left a job site, where he was working construction on a private home.

The plaintiff later filed suit against the homeowner, as the contract employer of the driver, asserting the driver had consumed alcohol on her property and that this was a practice in which workers routinely engaged on this particular work site.

The defendant moved for summary judgment, asserting she had no duty of care to the plaintiff. The motion was granted.

The state supreme court affirmed, finding the defendant had not served the alcohol, had specifically warned supervisors against workers drinking on the job and had not been home on the day of the crash or even for several days prior.

The high court noted that while there is generally no duty that obligates one party to aid or protect another, there are exceptions that arise in cases where a relationship exists between the two wherein a justification of such can be made. However, the court was unable to identify a special relationship in this case.

A “special relationship” does not mean two people have to be acquainted or even know one another. Where employers are concerned, case law has held an employer has a duty to exercise reasonable care to control the worker acting within the scope of employment and to prevent him from intentionally harming other people or from conducting himself in a way that creates an unreasonable risk of bodily harm.

Given the facts of this case, the court found the evidence was not substantial enough to establish such a duty. While it doesn’t mean the plaintiff is without recourse, it does mean the homeowner and his or her insurance company will not be forced to share blame.