Recent allegations of abuse at a Cape Coral nursing home is a reminder to each of us that we must do our part to ensure the safety and comfort of our most vulnerable older adults this holiday season.

Our Fort Myers nursing home neglect and abuse lawyers encourage you to visit friends or loved ones in a nursing home or assisted living facility this holiday season and to share any concerns about conditions with the authorities or with an experienced attorney. 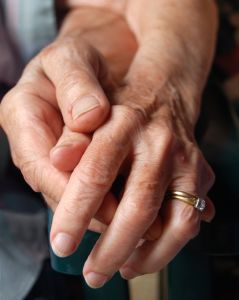 The News-Press reports three workers were fired amid a state investigation into allegations of abuse. A spokeswoman for Clare Bridge, which provides Alzheimer’s and dementia care, said the employees were fired for violating company policy. The spokeswoman for the home’s parent company, Brookdale Senior Living, said the terminations were not related to the investigation but were tied to “failure to maintain confidentiality, disrespect, threatening others, and spreading gossip.”

Two men with a family member at the facility went to police earlier this month after an employee told them a nursing assistant had been abusing residents. The home is currently under investigation by the Agency for Health Care Administration and the Department of Children and Families, according to The News-Press.

NBC-2 reports that two elderly men reported being abused, including one who was treated at the hospital after reports of an employee getting violent.

Florida ranks seventh in the nation for the number of nursing home beds. Nationwide, about 17,000 facilities provide care to 1.8 million elderly residents. Over half of these homes are owned by large chain corporations and two-thirds are for-profit companies.

Genworth Financial reports the average annual cost of a semi-private nursing home room in Florida is more than $74,000 a year.