Courts in Florida and throughout the country have repeatedly ruled that what you post, tweet or share on social media is discoverable in court. That means the other side can gain access, and use the evidence to their advantage – even present it to a jury. 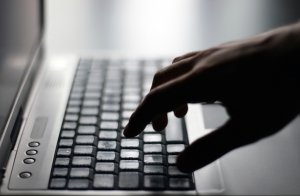 This is true in civil as well as criminal courts, and those even thinking of filing a Fort Myers personal injury lawsuit would do well to limit any public discussion of it.

This was the issue that arose recently in a Cape Coral case, Root v. Balfour Beatty Construction, et al., in which defendants sought access to the Facebook interactions of the mother of a seriously injured toddler.

The horrific incident happened several years ago in the northern part of the city, where a 3-year-old boy was being pulled alongside a road in a wagon by his 17-year-old aunt. As the two passed a city construction zone, the boy jumped from the wagon and darted into the road. He was struck by a man driving a pickup truck. The driver did not stop, and the boy was dragged for a distance before the driver sped away.

The boy’s injuries were critical, but he did survive.

The driver of the truck was eventually caught and charged and convicted of failure to stop at the scene of a crash involving injury. He has served time in prison.

The defendants, meanwhile, allege negligent entrustment of the boy to the aunt, failure to supervise and driver’s negligence.

In raising these defenses, the defendants requested virtually all of the mother’s Facebook account activity, even from prior to the incident. Defendants wanted all posts, likes, shares, videos and photos regarding her relationship with her son, her other children, her husband and any boyfriends, her parents, any references to substance use or abuse and mental health counseling and any and all posts made referring to the lawsuit itself.

The court ultimately denied this request, finding that it was too broad and the defendants had failed to prove the relevance of these matters to their case.

The defendants in this case simply failed to meet this burden.

But others most certainly can and will. The best defense you have is to limit your online presence as much as possible, and specifically, avoid discussing your case virtually.

Call Associates and Bruce L. Scheiner, Attorneys for the Injured, for a free and confidential consultation to discuss your rights 1-800-646-1210.