If you knew that applying a thicker layer of mascara could kill you, would you do it? If you had an inkling that turning around to talk to your child could result in lifelong injuries for both of you, would you take the chance? What if unwrapping that sandwich meant you’d spend the next several months eating through a tube? 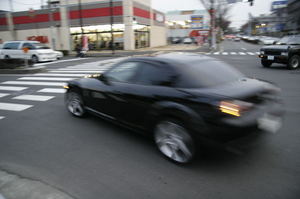 These may sound like extreme examples, but the reality is that distracted driving is a major cause of crashes. Removing your eyes from the road for any length of time is a risk, but there is evidence that we’ve managed to downplay the significance of it.

A recent insurance-industry article published in Insurance Business America indicates that many distracted driving offenses that result in crashes are lumped into “careless driving” charges. That is, the officer may be able to show that the offending driver drifted left of center or made an illegal turn or ran a red light. However, proving that they were texting or eating or scolding their children is much tougher.

As we enter the height of Southwest Florida’s tourist season, let’s all keep our attention focused on the road.

Our auto accident attorneys in Cape Coral recognize that accurately measuring the degree to which a certain activity may be distracting is difficult, but a number of researchers have attempted in recent years.

For example, in 2011, Leger Marketing conducted a consumer survey of some 1,300 drivers, who were polled on their bad behind-the-wheel habits. Of those, 18 percent admitted to texting while driving. Insurance experts were recently quoted as saying that figure today is likely closer to 35 or 36 percent.

Meanwhile, another 40 percent admitted to eating or drinking behind the wheel. A 2009 study by the National Highway Traffic Safety Administration indicated that a staggering 80 percent of all car accidents and 65 percent of all near-misses were caused by those who were eating and drinking while driving. The biggest offender? Coffee. Hit a bump or a curve and the hot beverage spills, causing drivers to jump or become otherwise significantly distracted.

About 3 percent of drivers in the Leger study admitted to applying makeup while driving. However, other surveys have indicated that about 1 in 5 women touch up their makeup while in transit. A study by the Virginia Tech Transportation Institute found that when a driver applied lipstick, his or her accident risk increased three-fold, versus a driver who was talking on the phone, where the risk increased by 1.3 times.

One serious distraction the Leger survey didn’t touch upon was children. Recently in Australia, researchers conducted a first-of-its kind study that revealed that children are 12 times more distracting to drivers than talking on a cell phone. On average, a parent will take his or her eyes off the road for a mind-blowing three minutes and 22 seconds to tend to the children over the course of a 16-minute trip. What’s more, researchers found that babies are eight times more distracting to drivers than adult passengers.

And then there are our furry “children.” A separate survey from Nationwide Mutual Insurance indicates that 90 percent of pet owners travel with their pets and 8 percent of all drivers concede that they allow their pets to sit on their lap while driving. First of all, this creates a risk to the unrestrained pet should an accident occur. But beyond that, a pet creates a serious distraction risk and could seriously injure someone in the event of a crash. A 60-pound dog that is unrestrained and involved in a 35-mile-per-hour accident would carry the force of a 2,700-pound projectile.

Please take a moment to put safety first. Stay safe and stay patient through the remainder of season.