A car accident victim in New Jersey has just been awarded $1.2 million from her own insurance company after fighting for years following a 2013 crash with an uninsured driver.

Why would one need to battle their own insurer? 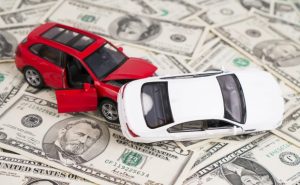 It’s especially common in Florida, a no-fault state when it comes to insurance. That means the first $10,000 paid out to car accident victims is through personal injury protection (PIP) benefits. PIP benefits cover 80 percent of your reasonable medical expenses related to the accident, 60 percent of wage losses and $5,000 for death benefits. When you are seriously injured, your damages are inevitably going to exceed that.

Also in Florida, 25 percent of drivers do not have insurance. That is 1 in every 4 motorists you pass on the road. Even those who do carry insurance are only required to maintain $20,000 in bodily injury liability insurance. That is probably not even going to scratch the surface of your medical bills in a bad wreck. So what option do you have at that point? Uninsured/ Underinsured Motorist Coverage (also sometimes written UM/ UIM coverage).

Uninsured/ underinsured motorist coverage will cover your medical bills, wage loss and money for pain and suffering after your $10,000 in personal injury protection benefits are exhausted and after the at-fault driver has confirmed there isn’t any insurance or has a very small amount of insurance to help with your bills.

UM/ UIM coverage isn’t mandated in Florida the way it is in some states, but it’s a very good idea. You cannot control whether the driver behind you is carrying adequate insurance, but you can make certain that you are.

PIP benefits will cover not just you but any relatives who live in your home and any passengers who do not own a vehicle and others who are driving the car with your permission. Bicyclists and pedestrians too are covered, so long as they are Florida residents. PIP benefits also cover injuries resulting from violence, including road rage and carjacking.

UM/ UIM coverage will apply whether you are in your car or someone else’s car and even if you are struck by a vehicle as a bicyclist or pedestrian. It also applies to hit-and-run car accidents and so-called “phantom” motor vehicle accidents, in which another vehicle runs you off the road or causes an accident, but doesn’t actually come in physical contact with your vehicle.

In the recent case out of New Jersey, the 47-year-old woman was driving her Toyota RavV when she was rear-ended by a 21-year-old man in a Honda Accord. The victim suffered permanent damage to both her neck and spine. However, the younger, at-fault driver didn’t have any insurance at all.

Plaintiff sought recovery from her UM/ UIM insurance carrier, who offered her $50,000 to settle the claim. She smartly refused. This is a common tactic of insurance companies: To offer to settle a claim for far less than it’s actually worth. Plaintiff had been willing to settle for less than her full policy amount, but the insurer refused. She pressed forward and the case went to trial, where jurors not only decided in her favor, but awarded her $1.2 million – 24 times the amount for which the insurer tried to settle.