In 2013, USA Today published a startling statistic: Twelve times every single day, surgeons sew up a patient with surgical sponges and other supplies mistakenly still inside. In some cases, patients become very ill as a result. Some do not survive. 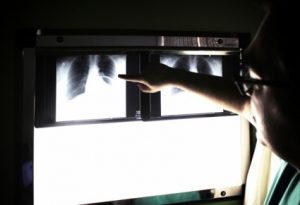 But discovering the exact source of internal pain (usually abdominal) is often a process. Although in some cases, these “retained surgical items” include clamps, forceps or other hardware, they are most often the gauzy sponges doctors use during surgery. The incidents are referred to in the medical community as “never events,” as they are simply never supposed to happen.

And yet, it’s an ongoing problem. Consider the recent Connecticut Supreme Court case of Cefaratti v. Aranow. Central to this case was the question of the statute of limitations and whether the “continuing course of treatment” extended the timeline plaintiff had to file her claim.

The continuing course of treatment doctrine in medical malpractice cases holds that the statute of limitations can be tolled if plaintiff receives continuing medical treatment for the same injury or illness caused by the original treating physician, even if plaintiff was aware or should have been aware of the injury and its cause. The idea is to allow the physician with the most knowledge of the situation/ patient the opportunity to correct it.

According to court records, plaintiff was diagnosed in December 2003 as being morbidly obese and, as a result, defendant performed gastric bypass surgery on plaintiff. Plaintiff had several follow up appointments with him after that.

She testified that about one year after her surgery, she started to experience discomfort in her abdomen. At times, the pain was extremely intense, like a stabbing pain. During bowel movements, she could feel twisting.

In August 2009, she was diagnosed with breast cancer by another doctor and, as a result, underwent a tomography scan of her chest, abdomen and pelvis. It was at that time the scan revealed the presence of foreign material in plaintiff’s abdomen. The following month, plaintiff meet with the doctor who conducted her gastric bypass, who informed her the object was a surgical sponge. Once the sponge was removed, she no longer suffered the painful sensations.

In August 2010, plaintiff filed a medical malpractice lawsuit against the original doctor, asserting he’d negligently failed to remove the sponge during her first surgery. She also accused the surgical center of vicarious liability.

The trial court granted summary judgment to defense on the grounds plaintiff did not know about the condition and thus could not seek treatment for it and therefore the doctrine didn’t apply and the timeline wasn’t extended.

However, the appeals court reversed and the state supreme court affirmed.

In its decision, the state supreme court ruled that it was not necessary for plaintiff to know why she was ill, but that her pain was caused by the sponge and that she sought continuing treatment for the discomfort from the defendant.

It’s estimated some 4,500 to 6,000 patients suffer from retained surgical items, with hospitalizations in each case costing upwards of $60,000 or more. If you have suffered injury due to medical malpractice, we can help.