Mild Traumatic Brain Injuries account for approximately 75 percent of all traumatic brain injuries in the U.S., according to a report from the Centers for Disease Control and Prevention. 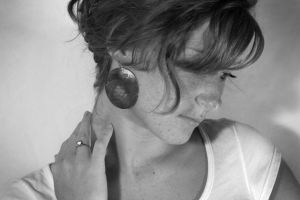 However, the term “mild” is greatly misleading, as it refers to the severity of the initial physical impact that caused the injury. It does not indicate resulting consequences of the injury are not severe. Unfortunately, diagnosis is difficult because while damage to the brain is real, the person who suffered injury might not initially realize anything is wrong. Even when they seek treatment, it’s common a typical neuroimaging scan won’t show any evidence of injury. There are some newer technologies that can more effectively capture the damage, though those machines aren’t in use at all medical centers.

Still, one should always seek medical treatment anytime there has been a head injury resulting from a motor vehicle crash, even if there was no blood or it doesn’t seem the impact was hard enough to cause damage. The recent case of Christensen v. Alaska Sales & Service, Inc. reveals how deceiving mild traumatic brain injuries can be.

Our experienced Lehigh Acres car accident lawyers know the sooner treatment is sought, the greater chances of a full recovery. Such documentation may also be key when negotiating with the insurance company or fighting the case in court.

The Christensen case at its core was one of products liability, but it stemmed from a crash in which a woman was driving a four-year-old car when she struck two moose standing in the middle of the road. She and her husband asserted the seat belt in the vehicle was defective, and failed to appropriately restrain her in the crash, causing her to hit her head and suffer permanent brain damage.

However, when the crash happened, neither she nor her husband or even emergency workers believed her injuries were severe. There were no witnesses to the crash, and plaintiff called police as well as her husband. When her husband arrived, he noted his wife had a red mark on her forehead. She felt nauseous. But she wasn’t bleeding, and other than a slight headache, she felt Ok. She couldn’t remember details of the crash, and she didn’t know whether she had struck her head. Still, she didn’t seek immediate medical treatment.

In the days following the crash, she experienced light-headedness. She felt dizzy. Her speech started to become broken and she couldn’t maintain her balance. She fell constantly.

She sought medical treatment a week later. A neurologist ordered a neuroimaging test which revealed brain damage to the bilateral frontal lobe. This area is critical to brain function. It controls motor skills, problem-solving, memory, language, judgment, impulse control and social behavior. Researchers found this is the area most commonly affected in mild and moderate traumatic brain injuries.

Since the time of the crash and even with therapy and ongoing treatment, plaintiff continues to suffer problems with speech, mobility and short-term memory. The lawsuit against the dealership involved an allegedly defective seat belt, which was noted by the mechanic who repaired the vehicle shortly after the crash. The seat belts were replaced by the mechanic, who never returned the old ones.

Defendant argued that because the original seat belts weren’t presented as evidence, there was not enough for plaintiff’s case to move forward. The trial court agreed and granted summary judgment to defense. However, that ruling was later reversed by the Alaska Supreme Court, which found that although disputed, evidence presented by plaintiffs raised genuine issues of material fact and that a reasonable jury could potentially find in their favor. Thus, the case was remanded to the lower court for trial.