The U.S. Court of Appeals for the Fourth Circuit upheld a $2 million verdict in Cisson v. C.R. Bard in favor of a plaintiff who had to undergo painful revision surgery due to a faulty transvaginal mesh implant. 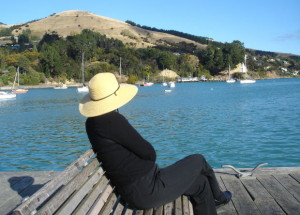 Unfortunately, a significant portion of that damage award will go straight to the state of Georgia, and not to the plaintiff. The reason has to do with the fact that state has a provision entitling taxpayers to 75 percent of whatever is recovered through punitive damages. In this case, $1.75 million of the damage award was for punitive damages, while $250,000 was for compensatory damages.

Previously, F.S. 768.73 allowed split-recovery in Florida, granting the state access to up to 35 percent of all punitive damage awards. That provision was upheld in the 1992 Florida Supreme Court case of Gordon v. State. At that time, the court reasoned plaintiffs had no “cognizable, protectable right to the recovery of punitive damages at all” because punitive damages are based entirely upon considerations of public policy. That’s because they aren’t intended to compensate the plaintiff but rather to punish misconduct and deter similar actions in the future.

The language allowing split recovery is no longer in the Florida statute.

In the Cisson case, as in others similar, plaintiff will still be entitled to one-quarter of the punitive damages, which works out to about $430,000, plus an additional $250,000 for the compensatory losses she suffered.

This was one of the first cases of the thousands pending in the MultiDistrict Litigation of transvaginal mesh defects. These are medical devices designed to treat incontinence and organ prolapse in women.

The problem is manufacturers – like this one – all too often failed to properly test products before pushing them onto the market. Company executives were aware of serious problems related to these devices, including the fact that they were designed with material not intended for use in the human body. After the devices were implanted in the vaginal wall, they began to degrade, causing serious damage to internal organs.

Following her revision surgery, plaintiff in Cisson filed a lawsuit against the manufacturer, alleging she had suffered a loss of sexual feeling accompanied by severe pain with intercourse and otherwise.

There were already cases pending when hers was filed, but after being added to the MDL list, it was the first case taken to a jury, where she won.

Still, she appealed the split-recovery from the state, while the defendant appealed the finding of liability and the damage award, which it characterized as “excessive.”

But the U.S. Court of Appeals for the Fourth Circuit affirmed.

The court stated that split-recovery statutes are constitutional.

The damage award, though, was not excessive. The court pointed to the fact that internal memos showed the company was aware that the plastic used in the devices “should not be used in short- or long-term human implantations.” Yet this information was never passed on to doctors or patients. In fact, evidence showed the company intended to prevent these parties from learning the truth. Thus, the damage award was appropriate.