In Florida, as in many states, there are legal requirements that identify mandatory reporters who must report suspicions of abuse of children or vulnerable adults – including elderly adults residing in a nursing home. Professionally mandated reporters include (but are not limited to): 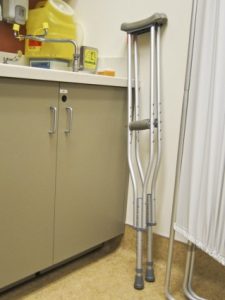 According to the Florida Department of Children and Families (DCF), the Florida Abuse Hotline will accept reports on vulnerable adults when:

Recently, the Washington Supreme Court reviewed a wrongful death lawsuit that was filed against staffers at a nursing home where a patient died of suspected abuse. The question was whether civil liability could be established as a result of failure to report abuse by a professionally mandated reported. Answer: Yes.

According to court records, decedent was a patient/ resident at a nursing home in Washington state who died as a result of acute morphine intoxication in March 2009. The state medical examiner conducted an autopsy and concluded her death was a homicide. That autopsy report included images that showed visible bruising on decedent’s head and neck. The primary suspect in the nursing home abuse death case was one of her caregivers at the center.

A home health agency provided nursing services to patients living at the facility, and at the time, that company provided the services of the two named defendants in this case. The nurses (one RN and one LPN) who worked for this home health agency did not provide care to the decedent and she was not one of their normal patients.

One or two days prior to decedent’s death, the LPN, visiting another patient, heard a “thud” or  “thump” coming from a nearby room and went to see what was happening. It was then she noticed decedent – still alive – laying on the floor. Her caregiver was nearby. She suggested to the caregiver that she may want to call 911. The caregiver responded the patient “falls a lot” and said she would call the nurse/ owner and alert her. Patient was placed back in bed and the LPN noticed she was moving her legs. The LPN called neither state social services or 911 emergency services.

The following day, the RN was visiting another patient at the nursing home when her patient informed her that the caregiver had been giving the decedent morphine. The nurse spotted the caregiver pulling or dragging the patient into the bathroom. Patient was not moving her feet. She appeared either heavily sedated or unconscious. The nurse glanced at the patient’s records and noticed she was not prescribed morphine. The nurse left the home around 9:55 a.m. and called social services five minutes later. The hotline was busy. She tried again 1.5 hours later and left a message describing the situation.

Representative of plaintiff’s estate filed a lawsuit, alleging the nurses were negligent (and therefore their employer was vicariously liable) for failure to report suspected abuse.

Trial court granted defense motion to dismiss on grounds the state’s abuse of vulnerable adults act did not create an implied cause of action against mandated reporters who failed to report abuse. The appeals court affirmed, but the state supreme court reversed. The court held that the act did create a private cause of action against mandated reporters who fail to report abuse, and there were genuine issues of material fact about whether that was done in this case.

The lawsuit was remanded for trial.