There is a perception problem that exists for victims of personal injury. Too often, they are accused of exaggerating, malingering, being greedy or blaming others for their own faults. What is less obvious is the fact that this widespread perception is not by mistake. It’s the result of more than two decades of a sophisticated public relations campaign launched by big business interests to convince the public the civil justice system is out-of-control, frivolous lawsuits are commonplace and judges are failing to keep these issues in check. 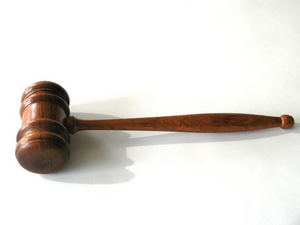 All of this is the subject of a new documentary, “Hot Coffee,” which also delves into the fact that these perceptions have manifested in the form of legislative actions on tort reform that limit access to and relief derived from the court system. For example, damage caps have been instituted as a way to “curb overinflated jury awards.” Insurance companies and other big businesses convinced the public that multi-million dollar payouts to those who had been severely injured resulted in higher prices for everyone. The truth of the matter is, tort reform doesn’t bring down costs. In fact, lawsuits are a minute part of what these huge companies spend annually.

Our Fort Myers injury attorneys also know that the issue of tort reform is generally a red herring. It distracts from the biggest issue, which is that big business interests, from auto insurance to pharmaceutical companies, will do everything in their power to limit their own liability, even if that means denying essential compensation to those who need it most.

Take an example highlighted from the film. Two twin boys were born in the early 1990s in Nebraska. One was healthy. The other should have been, but the medical staffers botched the birth. He suffered from cerebral palsy as a result. He will require a lifetime of care. A jury awarded him $5.65 million to help him cover his medical expenses. However, his home state, like so many others, has a damage cap. He will only be allowed to collect $1.25 million. That will not even begin to cover the lifetime of care he needs. The filmmaker highlights how these expenses affect his family, and how very different his life is from that of his brother, due to the negligence of someone else.

There was a time when some state supreme courts were holding damage caps unconstitutional. In an effort to put an end to this, Karl Rove and members of the U.S. Chamber of Commerce lobbied to raise hoards of money to support pro-business judicial candidates. One of their efforts involved a justice on the Mississippi Supreme Court, Oliver Diaz. When the big business interests were unsuccessful in beating him, even after they’d spent millions advertising against him, they found a loophole that allowed him to be prosecuted on false criminal charges. It tainted his reputation and caused him years of political and personal hardship. His story was later the inspiration for a fictionalized John Grisham novel.

Another way in which tort reform has limited access to the courts is in the form of arbitration clauses. These clauses indicate mandate disputes be settled though an appointed arbitrator, rather than the court system. Arbitration is a process that, for many reasons, favors big businesses. Although such agreements are supposed to be voluntary, most people don’t realize that simply by purchasing a product, entering a doctor’s office or accepting a job that they have “agreed” to the terms set by the business.

These are just a few of the points made in “Hot Coffee.” To learn more about this film and where you can find it, visit http://www.hotcoffeethemovie.com/.