Just like commercial property owners, private property owners owe a duty to those on their property to address potentially dangerous conditions or, alternatively, to warn of them. The degree of that duty depends largely upon the status of the person on the property – whether an invitee or trespasser. 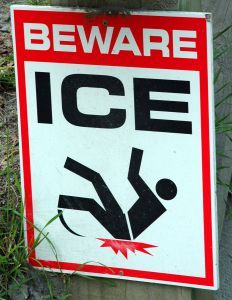 Liability of the owner may be reduced if the danger was open and obvious to the injured party or if there was any degree of comparative fault on the part of the injured person.

Our Fort Myers premises liability attorneys know while homeowners may not be fully aware of their legal obligations, ignorance is no excuse, especially if someone is seriously hurt as a result of encountering a dangerous condition without warning.

In the recent case of Henkel v. Norman, the Texas Supreme Court was tasked with weighing whether a homeowner’s brief warning to a mail carrier not to slip on ice in the driveway – moments before he slipped and was seriously hurt – was sufficient to meet the homeowner’s “duty to warn.”

According to court records, the plaintiff was a mail carrier in Houston, and that morning, it was especially cold, with the National Weather Service having issued a hard freeze alert for the next several days.

While neither snow nor rain nor sleet had been reported in the area that day, the homeowner, one of the listed defendants in the case, later testified she knew the conditions on her property were icy because her daughter had slipped on some ice that morning on her way to school.

The mail carrier said that in carrying out his duties, he sometimes walked on the sidewalks, and other times through the lawns. He approached the defendant’s home through the lawn. He handed the mail to the defendant, who was standing at the door, and then as he turned to walk away, she called out to him, “Don’t slip.” And yet, he did. He fell to the ground and suffered serious injuries.

He later sued the homeowners, alleging the homeowners were aware of the “unnatural accumulation of ice” on their property, and yet made no effort to remove it or remedy the slick conditions.

Defendants moved for summary judgment on the grounds that the homeowner had adequately warned the carrier of the conditions seconds before he fell. The carrier argued the warning was general, inadequate and non-specific.

The trial court sided with the defendants, and granted summary judgment. The mail carrier appealed. The court of appeals in a split decision reversed, ruling that a general instruction not to fall or trip or slip is inconclusive evidence of warning, let alone an adequate warning.

However, the state supreme court reversed that finding. The mail carrier was an invitee. The premises owners did have a duty to protect invitees (or, alternatively, warn them) of dangerous conditions that pose unreasonable risk of harm where those risks are known or should be known by the owner.

The question here was whether the warning was adequate. The state supreme court found in the affirmative. A warning to “go slow” or “be careful” might have been too general, the court indicated. However, a warning to “not slip” directly warns a reasonable person specifically of a slippery walking surface. The court disagreed that the homeowner was required to point out the ice itself as a dangerous condition, given that temperatures that morning were in the freezing range and the totality of the circumstance could have given the plaintiff reason to surmise that she meant the ice on the walkway.