The state of Florida is planning a holiday crackdown on drugged drivers and could introduce proposals for tough new laws as early as next spring. The number of people dying in accidents caused by drivers under the influence of drugs is on the rise, both in Florida and across the nation.

Consulting an experienced Fort Myers car accident attorney or wrongful death lawyer is critical in any accident in which a motorist is seriously injured or killed. But cases involving drugs or alcohol are often among the most devastating and most complex that an experienced law firm can handle. Drug cases, in particular, require thorough investigation and representation. Even in cases in which a motorist is determined to have drugs in their system, proving they were impaired at the time of the crash is a more complicated matter. 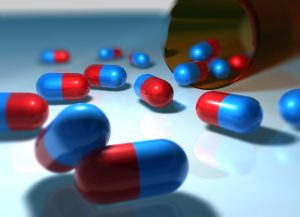 As we reported recently on our Florida Injury Lawyer Blog, reducing the risks associated with drunk or drugged driving will be a priority through the holidays. Drug-related injury crashes are up more than 10 percent while injuries have increased nearly 20 percent, according to the Florida Department of Highway Safety and Motor Vehicles.

“The Department will propose legislative changes this Spring that further strengthen the law as it pertains to drugged driving,” said FHP Director John Czernis.

Meanwhile, the National Highway Traffic Safety Administration reports the percentage of crashes involving drugs has increased in the last five years, from 13 percent to 18 percent. Last year, 63 percent of the 21,798 drivers killed in crashes were tested for drugs. Of those, 3,952 — or 18 percent — tested positive.

“Every driver on the road has a personal responsibility to operate his or her vehicle with full and uncompromised attention on the driving task,” said NHTSA Administrator David Strickland. “Today’s report provides a warning signal that too many Americans are driving after having taken drugs, not realizing the potential for putting themselves and others on the highway at risk.”

The government is quick to point out a positive drug test does not mean a driver was impaired at the time of a crash. Some drugs remain in the system for weeks — marijuana, for instance, can remain in a person’s system for a month after it is consumed. Still, authorities are concerned about the impact of both illegal and prescription medication, as well as some over-the-counter medicines to the extent they can influence driving ability.

“While it’s clear that science and state policies regarding drugs and driving are evolving, one fact is indisputable. If you are taking any drugs that might impair your ability to drive safely, then you need to put common sense and caution to the forefront, and give your keys to someone else,” Strickland said. “It doesn’t matter if its drugs or alcohol, if you’re impaired, don’t drive.”