Fort Myers medical malpractice lawsuits are different from other kinds of claims alleging general negligence. Basically, cases against doctors, nurses and other health care professionals are held to a higher standard than other types of claims. 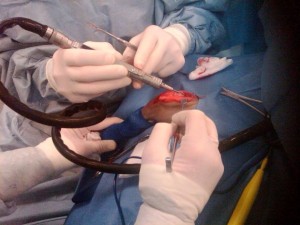 It’s not enough that there was a bad outcome or even to show that the health care provider was negligent. Instead, what one has to show, is that the actions of the health care worker breached the applicable standard of care. For this, you have to hire an expert witness with the same professional training as defendant who can attest to that professional standard (it varies by profession and location) and how the defense violated it.

Additionally, there are a host of notification requirements and other rules that apply to medical malpractice claims that simply don’t apply to other types of negligence lawsuits.

Although in some cases, the distinction between medical malpractice and general negligence is obvious (i.e, injury in car accident versus injury resulting from failure to diagnose), in other cases, it may not be so clear-cut. Having an experienced medical malpractice attorney to help you make this important distinction is imperative – otherwise you could end up spending a great deal of wasted time and money on a case that ultimately gets thrown out or is unsuccessful.

In Dupuy v. NMC Operating Company, LLC, recently before the Louisiana Supreme Court, the question was whether a hospital’s failure to properly sterilize surgical equipment was an act of general negligence or one of medical malpractice that violated the applicable standard of care.

Plaintiff was a patient at a spine surgery center who developed a post-operative infection following an operation on his spine. The infection was caused by an organism known as the mycobacterium fortuitum.

Subsequently, plaintiff filed a lawsuit alleging the hospital failed in its duty to properly sterilize and/or clean all the surgical instruments prior to use in his surgery. He further alleged the hospital staff did not use the proper aseptic technique (i.e., thorough hand-washing, using sterile gloves, wearing masks, etc.) before and during surgery.

Plaintiff sought damages for medical expenses, pain and suffering, mental anguish, loss of earnings capacity, disability and loss of life enjoyment. His wife was also a party to the suit, alleging loss of society, support and companionship.

Defendant hospital responded with an exception of prematurity, saying the hospital is considered a “qualified health care provider” under state medical malpractice law, and plaintiff’s had not followed the required procedure for medical malpractice claims. Specifically, plaintiff had not first presented the claim to a medical review panel.

Defense appealed and the Louisiana Supreme Court reversed, siding with the defense contention that the events leading up to plaintiff’s infection were the result of alleged medical malpractice – the failure to adhere to the standard duty of care – not general negligence, as plaintiff asserted.