Preliminary data from the Florida Department of Highway Safety and Motor Vehicles (FLHSMV) concludes that nearly 2,400 people died in car accidents in Naples and elsewhere throughout the state in 2011. While this newly released data illustrated fewer fatalities than that of the previous year, we’re still seeing far too many traffic-related fatalities throughout the state. 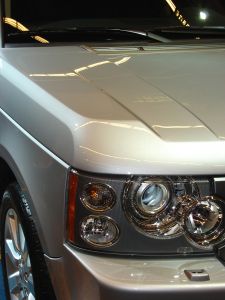 “While the six-year downward trend is encouraging, we continue our strategic efforts to drive down the number of crashes in Florida and the number of injuries and fatalities that come as a result,” says DHSMV Exec. Director Julie Jones.

Our Naples car accident lawyers understand that traffic accidents continue to be the number one cause of death for residents aged 4- to 34-years-old. It’s alarming that the number one cause of death for such a large age group of residents throughout the country is in fact preventable. Officials throughout the state will be continuing on through the New Year with safety campaigns and enforcement efforts to help to reduce these fatality numbers even more.

We’re able to look at the complete traffic accident statistics in Florida for 2010. The 2011 detailed statistics have not yet been released. So far, we only have the preliminary counts.

Traffic Accident Statistics in Florida for 2010:

-Average Number of Accidents a Day: About 650,

-Number of Bicyclists Killed: More than 75.

The Lee County Sheriff’s Office is asking all drivers to start the New Year with a clean slate. In 2012, let’s all push for the safest roadways yet. Most traffic accidents are completely preventable and can be avoided with safe, alert and defensive driving habits. These habits include wearing a seat belt, abiding by posted speed limits, curbing distractions and buckling up. Remember that officers throughout the state will be on the hunt for dangerous and irresponsible drivers throughout the entire year. Avoid a ticket, an arrest and even a potentially fatal car accident by resolving to be a safe driver in 2012. Talk with your friends and family members about the importance of safe driving habits! Make the change to be a better driver in 2012!

If you, a friend or a family member has been injured in a traffic accident in Naples, Fort Myers, Cape Coral or Sebring, contact Associates and Bruce L. Scheiner, Attorneys for the Injured, for a knowledgeable explanation regarding your rights. Experienced injury lawyers are available for a free appointment to discuss your case in detail by calling 1-800-283-2900.

A New Year and a Fresh Start for Reduced Risks of Car Accidents in Naples, Florida Injury Lawyer Blog, January 11, 2012

Car Accidents in Fort Myers and Elsewhere Leading Cause of Death for 3- to 34-Year-Olds, Florida Injury Lawyer Blog, December 29, 2011