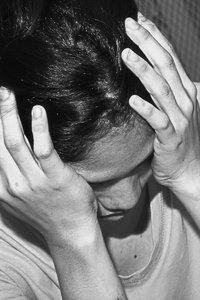 According to a recent study from the AAA Foundation for Traffic Safety, one out of every five drivers who is involved in a fatal car accident in Cape Coral or elsewhere has an invalid driver’s license or is unlicensed all together. From 2007 through 2009, more than 87 percent of drivers involved in fatal car accidents possessed a valid driver’s license.

Our Cape Coral car accident lawyers understand that while a majority of the drivers who were involved in fatal car accidents from 2007 to 2009 were properly licensed, there were nearly 10 percent of drivers who had a revoked or a suspended driver’s license. In addition to the suspended and revoked licenses, there were more than 1 percent who had denied, canceled or expired driver’s licenses and about 5 percent who were unlicensed all together. With these statistics, it’s safe to say that more than 18 percent of all drivers who were involved in a fatal car accident during this time were invalidly licensed or were unlicensed.

Many of these drivers were also driving without insurance, which can complicate an accident claim.

About 50 percent of all fatal car accidents that involved an unlicensed driver involved alcohol. Roughly 45 percent of those drivers were legally drunk, with a blood alcohol concentration of 0.08 or higher.

If that’s not bad enough, it is estimated that more than 32 percent of all fatal car accidents that involved drivers who didn’t have a valid driver’s license, resulted in a hit-and-run crash — the driver left the scene.

Unfortunately, with improperly licensed drivers come uninsured motorists. No one wants to get into a car accident, but it can be much more difficult than it has to be when an uninsured motorist is involved. It is critical for you to contact an experienced attorney if you have been in an accident with one of these drivers.

Car accidents can be awfully costly, including costs for property damage, injuries, fatalities and lost wages. Oftentimes, improperly licensed drivers and uninsured motorists are unable to pay appropriate funds over to the victims of the accident. For this reason, contacting an experienced attorney in this type of event is critical if you’re looking to defend your rights and collect what you deserve.

If you, a close friend or a family member has been injured involved in a traffic accident in Cape Coral, Fort Myers, Naples or Sebring, contact Associates and Bruce L. Scheiner, Attorneys for the Injured, for a knowledgeable explanation regarding your rights. Experienced injury lawyers are available for a free appointment to discuss your case in detail by calling 1-800-283-2900.

A New Year and a Fresh Start for Reduced Risks of Car Accidents in Naples, Florida Injury Lawyer Blog, January 12, 2012

Car Accidents in Fort Myers and Elsewhere Leading Cause of Death for 3- to 34-Year-Olds, Florida Injury Lawyer Blog, December 29, 2011