Florida voters are slated to decide in November whether to approve an initiative that would legalize marijuana for medicinal purposes for residents of the Sunshine State. 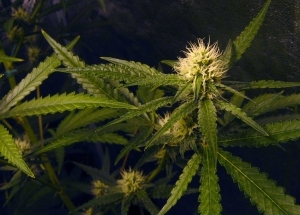 Both sides have been vigorously campaigning on the issue, with the opposition recently citing a statistic indicating passage of this measure would mean more impaired driving deaths on our roadways. A coalition known as Don’t Let Florida Go To Pot recently published a statement on its website indicating that 1 out of every 4 traffic deaths involves marijuana.

Our Fort Myers car accident injury lawyers know regardless of whether Amendment 2 passes, driving impaired will always be against the law. Those who are injured or have loved ones killed by a person who flagrantly ignores these risks are entitled to compensation, and we will fight aggressively in the pursuit of justice.

But is it really true that 25 percent of all fatal crashes are the result of marijuana impairment? Politifact Florida recently delved deeper to find the answer.

First, reporters interviewed the spokesman for the Florida Sheriff’s Association, which is one of the primary groups involved in the anti-marijuana movement. The figure came from a report issued in October 2011 by the White House Office of National Drug Control Policy. That report analyzed the rate of positive marijuana test results for drivers who were involved in crashes between 2005 and 2009. Numbers were gleaned from National Highway Traffic Safety Administration’s Fatality Analysis Reporting System data. Only included were those drivers who were killed and their bodies later tested for drugs.

So, of the 127,000 deadly wrecks that occurred during those years, approximately 78,000 were tested for drugs. Of those, somewhere between 22 and 26 percent tested positive for marijuana.

Politifact researchers no uniform procedure or measurement of toxicity for the drug from state-to-state. So just because a person tested positive for the drug doesn’t necessarily mean he or she was impaired, or even that it was a factor in the crash. So in that regard, the statistics may have overstated the problem.

However, the risks could be understated when we consider there are likely plenty of cases where a marijuana-impaired driver caused a fatal crash, but personally survived, meaning that data would not have been collected for this study.

Researchers did indicate, however, that the 25 percent figure was on par with another recent study, conducted in 2011 by Maryland researchers from the Pacific Institute for Research and Evaluation. They found 23 percent of fatal, single-vehicle wrecks that involved speeding, inattention, failure to use a seat belt or failure to yield, also involved cannabinoids.

Would legalizing the drug for medicinal purposes make a difference? It’s hard to say for sure, but research suggests the answer is likely yes. In May, the University of Colorado School of Medicine released a study indicating that the presence of marijuana in drivers who had caused fatal crashes increased from 4.5 percent in 1994 to 10 percent in 2011.

Colorado first passed a law allowing for medical marijuana legalization in 2000. Just last year, the state approved the drug for recreational use as well.

However, researchers also noted the greater likelihood that people consume marijuana at home, rather than in public or at a bar, in which case they are more likely to drive afterward. Marijuana is not safer for drivers by any means, but those who consume it are less likely to drive than someone who has just consumed alcohol.