The case of GEICO v. Rodriguez, recently decided by Florida’s Third District Court of Appeal, began with an elderly driver with poor vision. He should never have been on the road. His doctors declared him legally blind, and advised him not to drive. 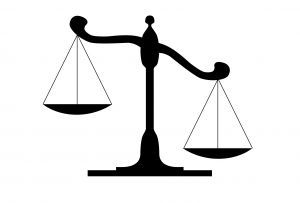 The 83-year-old did not listen, and within one month of receiving a renewal of his insurance policy, he struck two pedestrians with his vehicle, causing serious injury.

Our Cape Coral pedestrian accident lawyers know that by these facts alone, the injured parties were entitled to receive compensation from the at-fault driver’s insurer. But although the insurer tendered the full policy amount of $20,000, this did not cover relevant medical bills, and the pedestrians sued the driver in state court for negligence. This resulted in a deposition during which the driver gave sworn testimony that he had no physical impairments that would prevent him from being a safe driver, and his vision was good.

This was not true, and these facts came to light later in the discovery process. This set off a years-long court battle that ultimately resulted in the ruling by the 3rd DCA holding the insurance company would be liable to pay sanctions to the injured pedestrians.

When plaintiffs first learned of the discrepancy between the driver’s testimony and his medical records, they sought to impose sanctions on him, including court fees and attorney costs. The court struck the driver’s testimony and granted plaintiff’s leave to file an amended complaint for punitive damages. A hearing was slated to decide whether plaintiffs were entitled to monetary sanctions.

Before that hearing, the driver died, and the personal representative of his estate was substituted as defendant. Then, less than a week before the hearing, the insurer issued a “reservation of rights” letter, indicating as a result of the driver’s conduct, “there may be no coverage” for damages claimed under the lawsuit – including for sanctions. The insurance company cited a provision in its policy for “Fraud and Misrepresentation.”

The trial court entered an order granting nearly $30,000 in sanctions. Still acting with the defense counsel provided by insurer (per the terms of the policy), the personal representative appealed this ruling. However, the insurer then filed another action in federal court seeking declaration of no coverage.

The company responded by alleging the personal representative had breached his contractual duty, and therefore it was not required to provide indemnification.

Plaintiffs filed an amended action, naming insurer as a defendant and seeking an order that would require the insurer to pay the sanction. The personal representative filed a cross claim for the same.

Soon after, on the negligence action, attorneys for plaintiff and personal representative reached a consent judgment for $750,000 against the estate. (Two separate lawsuits have been filed requesting the company be liable for this too, but those actions are still pending.)

The trial court ruled the insurer was required to pay the sanction amount, and that its initial reservation of rights letter was in violation of Florida law – specifically, Florida Statute 627.426.

On appeal, this order was affirmed. The appellate court ruled by law the insurer had 30 days in which to assert a coverage defense on the issue of insured misrepresentation, but it waited a full year to do so. Because of this violation, the personal representative owed no duty to cooperate with the insurer, and therefore, there was no breach of policy.