A recent pedestrian accident in Cape Coral took the life of a 15-year-old girl. Taylor Palmer and two friends were crossing Pondella Road just before 8:00 a.m. The young girl was transported to Cape Coral Hospital and died just a few hours later, according to the Cape Coral Daily Breeze.

According to officer’s accident reports, the three young girls were crossing from the north side of Pondella to the south side. The motorists stated that the three girls just “suddenly appeared.” 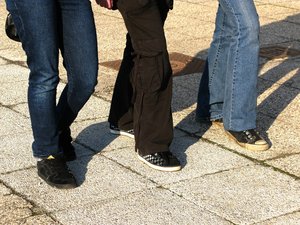 Our Cape Coral pedestrian accident attorneys understand that young pedestrians face serious risks for traffic-related accidents on our roadways. As we recently reported on our Florida Injury Lawyer Blog, the number of pedestrian fatalities on Florida roadways rose nearly 4 percent from 2009 to 2010. Our state is still listed as the most dangerous state in the country for these types of accidents. As the school year gets underway, motorists are urged to keep a watchful eye out for young pedestrians heading to and from school. Many of these young walkers are unable to understand the functions and the risks associated with traffic flow. For this reason, we are asking that all motorists be extremely careful when traveling near school zones, residential neighborhoods or near school start and end times.

Of the three girls crossing Pondella, two were able to make it out of the way in time. Unfortunately, the third was not. She was struck by the front of the vehicle and way tossed onto the car’s hood and windshield.

Officers do not believe that the driver was under the influence of alcohol or any type of drugs at the time of the incident. The names of the two other girls were not released after the accident.

According to the National Highway Traffic Safety Administration, children between the ages of 5- and 9-years-old accounted for about 20 percent of all of the pedestrians who were killed in traffic-related accidents in 2009. Children under the age of 16 accounted for nearly 10 percent of the pedestrian fatalities that occurred during this same time.

Requirements of pedestrians and nearby drivers, according to the Florida Department of Transportation:

-Where sidewalks are provided, no pedestrian shall walk on any part of the roadway.

-Where there are no sidewalks, pedestrians should only walk on the shoulder of the left-hand side of the roadway facing oncoming traffic.

-No one should ride any coaster, toy vehicle or ride on skates on the roadway unless crossing the street using a crosswalk.

Associates and Bruce L. Scheiner, Attorneys for the Injured, are dedicated lawyers helping accident victims throughout South Florida, including Naples, Fort Myers, Cape Coral, Port Charlotte and Sebring. Call us today for a free and confidential consultation to discuss your case. 1-800-283-2900.