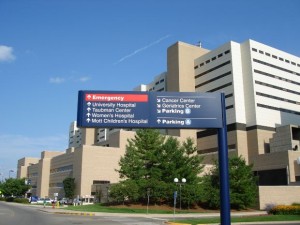 Cases like this require an experienced and dedicated injury lawyer to determine the best course of legal action. Anytime a claim involves a medical facility – even if it does not involve medical negligence – must be approached with careful strategy.

In the Fenimore case, decedent was at all relevant times over the age of 65. Sometime around March 2013, decedent was suffering from an onset of dementia and Alzheimer’s disease. He was often confused, started wandering away from home, experienced an increase in falls and his family became concerned. They admitted him to a local hospital on a psychiatric hold and then transferred him to defendant’s facility, a neuropsychiatric hospital, soon after, in the hopes he would be protected from falls and wandering.

At the time of his admission, hospital was told of patient’s long list of health ailments and informed he had a history of wandering and falling. His chart indicated he was an “extreme fall risk,” and that he needed 24-7 supervision. And yet, within minutes of him being admitted, patient was left alone. He fell. And he never recovered from that personal injury, ultimately dying from related complications a few months later.

Immediately afterward, though, court records indicate the staff tried to cover up what happened by not informing his family, legal representative or primary care doctor right away. Staff also failed to do a thorough assessment of his injuries, noting only “superficial abrasions.”

When his family returned to the hospital many hours later, they were told of the fall, but there were conflicting accounts regarding exactly what happened. One nurse said he fell while trying to follow another nurse, that his knee was sore but was Ok. However, hours later, another nurse said it occurred while patient was having his adult diaper changed.

Plaintiffs alleged defense attempted to cover it up because this type of a fall is what’s known as an “adverse event” or a “never event,” because it should never happen and only does when the care received is improper or inadequate – and Medicare doesn’t pay for hospital stays stemming from adverse events.

Four days after the fall, patient received no closer assessment or medical care for his fall. However, it was later revealed he had suffered a fractured hip and had to undergo surgery, from which he never recovered. He died from his injuries in July 2013.

The court sustained this demurrer as to these two counts.

On appeal, justices reversed, finding the lower court should not have demurred only part of a cause of action. Therefore, the entire claim should proceed.