A woman was shopping for plants on a steamy summer afternoon in Las Vegas three years ago when she slipped and fell on a puddle of water. Upon falling, she smacked her head on the concrete floor of the outdoor facility. 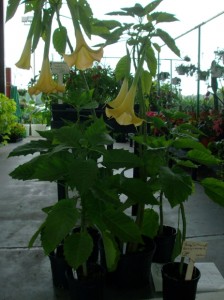 She suffered serious injuries, including a fractured skull and traumatic brain injury. She is no longer able to smell or taste. For the rest of her life, these are pleasures the mother-of-three will no longer derive.

Now, she is seeking compensatory and punitive damages from the store, arguing her slip-and-fall injury was foreseeable and preventable and the store owed a duty to make the site safe for customers. In order to succeed in a claim for punitive damages, one needs to show not only was defendant negligent, but that defendant was grossly negligent or displayed wanton or reckless disregard for the safety and well-being of others. Here, plaintiffs argue this is proven based on the fact there were 33 prior incidents at other stores within the chain in which people slipped and fell in the outdoor garden sales area.

In Hendrickson v. Lowe’s, plaintiff alleges these prior incidents prove the store was aware that standing water in the outdoor garden area was a serious danger to customers.

However, that does not free patrons of the responsibility of watching out for their own safety and taking care not to put themselves at risk of personal injury due to open and obvious hazards.

This is defendant’s argument: That plaintiff should have seen or expected puddles of standing water and taken care to avoid it.

In fact, defendant counters that there was an orange caution cone in the vicinity to warn plaintiff of standing water. Temperatures that day in Nevada exceeded 100 degrees and defendants argued there was no way the plants could have been kept alive and healthy without extra watering.

Further, they asserted that the 33 incidents referenced were isolated to 13 locations nationally over the course of five years.

Interestingly though, however, three of those 33 incidents occurred at this single location where plaintiff had been injured. Defense argues this was a “one-in-a-million” chance of this sort of thing happening – and yet it happened twice before it happened to plaintiff at this very same store.

In Florida, persons filing a slip-and-fall lawsuit must adhere to the proof burden laid forth in F.S. 768.0755. That law requires claimants to prove defendant had either actual or constructive knowledge that the dangerous condition existed and did nothing to remedy it. Constructive knowledge can be proven by showing either that the condition existed for such a length of time that it would have been discovered in the exercise of ordinary care OR that it occurred with regularity and therefore was foreseeable.

Here, constructive knowledge has been acknowledged by the defense attorney’s own statement that standing water was a regular condition in the outdoor portion of the store.

The trial is being broadcast live by CVN News.