With the holiday season, drunk driving risks skyrocket. With all of the holiday parties and get-togethers with friends, family members and coworkers, drinking is inevitable — but drinking and driving doesn’t have to be. 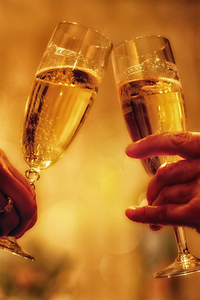 To help to combat this seasonal spike in drunk driving injury risks, officials with the Florida Highway Patrol (FHP) and the Florida Department of Highway Safety and Motor Vehicles (DHSMV) are teaming up with the National Highway Traffic Safety Administration (NHTSA), the Governors Highway Safety Association (GHSA) and Mothers Against Drunk Driving (MADD) for the national “Drive Sober or Get Pulled Over” campaign.

“The holiday period is a time for celebration, but it’s also a time when our roads become more dangerous and deadly” explained Col. David Brierton with the FHP.

Police officers will be extra vigilant on the streets these next few weeks, stepping up sobriety check points and conducting roving DUI patrols.

Last year, the number of drunk driving car accidents increase by more than 4 percent, taking the lives of more than 10,000 people here in the U.S. Most of these fatalities involve drivers who had a blood alcohol concentration (BAC) of more than twice the legal limit.

During the 2012 holiday season, there were more than 800 people killed in drunk driving accidents.

As a part of the “Drive Sober or Get Pulled Over” campaign, officials with the NHTSA have also released model guidelines to get more states to toughen their ignition interlock programs. Previous NHTSA research of convicted drunk drivers show that those with interlocks installed are 75 percent less likely to repeat the behavior.

The campaign continues through January 1st. Included in the efforts is an $8 million national ad in both radio and TV. The NHTSA is pulling out the big guns with its anti-drunk driving campaign this year — almost literally, with the rebooted RoboCop joining the fight. Two new promos for the campaign feature clips from next year’s new movie.

Before heading out, you want to make sure that you’ve got a designated driver in your holiday celebration plans. Keep an eye on your friends and family members, too. If you think that someone is planning on getting behind the wheel after consuming alcohol, be sure to intervene. Your intervention could wind up saving a life.