You may want to slow it down the roadways. The Florida Highway Patrol (FHP) recently announced it is kicking off a new safety campaign to bust aggressive drivers as authorities work to help reduce the risks of car accidents in Naples and elsewhere. 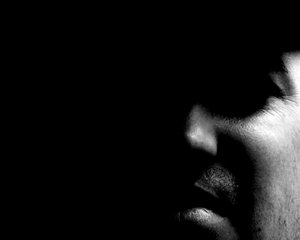 Troopers with the FHP will be combing roadways throughout the state for drivers who tailgate, who change lanes unsafely and for those who speed, according to The News-Press. To help to spread the message of this campaign, the FHP is putting up billboards and running public service announcements (PSA) on the radio. That’s not all though. They will also be conducting events at community centers and at local schools to help to educate drivers about the risks associated with aggressive driving.

Driving can be irritating sometimes. Even our Naples car accident attorneys can get frustrated behind the wheel. With rush hours, accidents and seasonal traffic, the roadway can be stressful. Luckily, there are ways you can reduce your tendencies to become aggressive behind the wheel.

According to the FHP, nearly 90 percent of accidents are the fault of drivers, as opposed to inclement weather or some other factor. With the new aggressive driving campaign, troopers are hoping to reduce the risk of fatalities and injuries.

The campaign will be taking place from February 27th through 29th.

According to the National Highway Traffic Safety Administration (NHTSA), aggressive driving is “the operation of a motor vehicle in a manner that endangers or is likely to endanger persons or property.” Aggressive driving is a traffic offense. Road rage is a criminal offense.

Officials predict that about 7,000,000 accidents happen in the U.S. every year. A good number of these accidents are believed to be caused by an aggressive driver. According to the American Automobile Association, nearly 15,000 people have been either injured or killed since 1990 in accidents caused aggressive drivers.

In some cases, the behavior many drivers condemn is what they end up doing themselves. According to the AAA Foundation’s Traffic Safety Culture Index, nearly 80 percent of drivers said that aggressive driving is a serious traffic safety problem. Still, most of these drivers reported habits behind the wheel that were defined as aggressive.

Associates and Bruce L. Scheiner, Attorneys for the Injured, is a law firm that is dedicated to helping the victims of car accidents in Fort Myers, Naples, Bonita Springs, Cape Coral and elsewhere through Southwest Florida. Call us today for a free and confidential consultation to discuss your case. 1-800-283-2900.