Two years ago, a 25-year-old recent University of Florida graduate was fishing on a bridge in Brevard County when he was struck by a vehicle, thrown into the water and drowned. 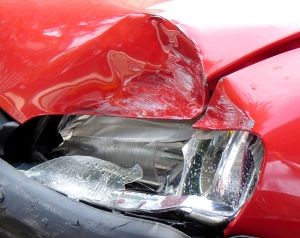 The driver who struck him had glanced down to check a text message.

His mother, speaking at a recent “Staying Alive on Florida’s Roadways” event lamented, “His life was not meant to be over.”

And neither are the thousands of others who die every year due to distracted driving accidents. The U.S. government estimates 3,155 people were killed in 2013 as a result of distracted drivers. Every single day, 1,155 people are injured in traffic accidents caused by drivers who aren’t paying attention. Many of those are hospitalized with severe injuries from which they may never fully recover.

Given the severe price paid for simply checking a text message or rerouting GPS, officials with the Florida Department of Transportation have announced a partnership with a large auto insurance company to tackle the issue of distracted driving on Florida roads with a new awareness campaign. It involves the installation of so-called “Safe Phone Zones” at 64 rest stops, a number of turnpike service plazas, and various welcome centers throughout the state.

The “Safe Phone Zone” signs encourage drivers to pull over in order to have a safe, convenient location to check text messages, make phone calls or access mobile applications on their smart phones.

The signs were sponsored by GEICO. They have been installed along highways leading up to each of the various facilities.

Officials note that of course, drivers were free to access these areas for this same purpose before this campaign. But the action serves as a reminder that motorists do have a safe place along stretches of highway to catch up, stay connected and get directions.

So far, more than 70 of these signs have been installed throughout the state, and more are expected in coming months.

Officials say the message is both critical and timely. FDOT reports distracted driving accidents throughout Florida have spiked by 25 percent in just the last three years. There is so much that competes for our attention, and the problem has been exacerbated in recent years by the prevalence and accessibility of SmartPhones.

Florida was one of the last states to enact distracted driving legislation, and compared to other states, it’s relatively weak.

F.S. 316.305 bans all motorists (not just novice drivers or commercial vehicle operators) from texting while driving. However, the law expressly exempts certain other uses of mobile devices, such as GPS navigation, accessing music or talking on the phone. It’s also a secondary offense, meaning a police officer can’t stop a driver solely for a texting offense. The driver has to have committed some other moving offense or crime. Plus, police aren’t allowed to access a person’s cellular device for proof of a violation unless they are involved in a crash that results in injury or death. For this reason, many police agencies have reported issuing few citations. Even those they do issue only cost a $100 fine and add no points to one’s driver’s license.

When state lawmakers fail to take such an issue seriously, drivers don’t seem apt to do so either.

These signs may not solve the problem, but they are certainly a step in the right direction.