Even safety-conscious drivers rarely stop to think about the risks of accidents at railroad crossings.

Most are surprised to learn that Florida is among the nation’s deadliest states when it comes to traffic accidents at railroad crossings.

Our injury lawyers in Fort Myers took note of a recent article in the Sun-Sentinel, which touts new technology as a means of reducing the risks at railroad crossings. About 60 new crossing gates, known as quad gates, are being installed along the corridor where the new higher-speed Brighline trains have begun running in Southeast Florida. 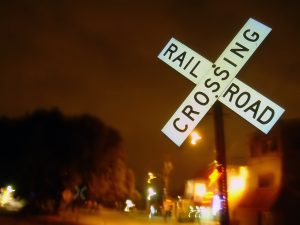 While traditional gates have one or two arms warning motorists to stop, these new “quad gates” better cover an intersection and make it more difficult for vehicles to get around them.

There will still be dozens of crossings along that same span of track that will not get the updated crossing equipment. Authorities cite cost as the primary reason. The new gates cost about $500,000, while the older style gates can be installed for a fraction of the cost.

Of the 131,000 public crossings nationwide, only 862 are equipped with the new technology, according to the Federal Railroad Administration.

Experienced personal injury lawyers know poorly marked crossings and inoperable or poorly functioning equipment are primary reasons for collisions at railroad crossings. Two people were killed within a week in Boynton Beach last month, after authorities say they were involving in separate accidents after venturing onto the tracks while the gates were down.

Operation Lifesaver, a group dedicated to railroad safety eduction, reported 14 fatalities at highway-grade railroad crossings in Florida in 2016 — putting Florida fourth deadliest in the nation after California, Texas and Illinois.

Top reasons for accidents involving motor-vehicles at railroad crossings include drivers who disobey crossing control devices, inoperable devices, and poorly marked crossings. In fact, of the 128,000 public railroad crossings in the United States, only about one-third have gates and only about 5,000 are linked to traffic signals. More than 220,000 motorists have been killed in crossing accidents since modern record-keeping began in the 1970s.

While the numbers are small compared to the overall number of traffic collisions, accidents involving trains and motor vehicles are much more likely to result in serious or fatal injuries. A train can weigh up to 6,000 tons; a train striking a car is the equivalent to a car striking a pop can.

Safety tips for motorists include: