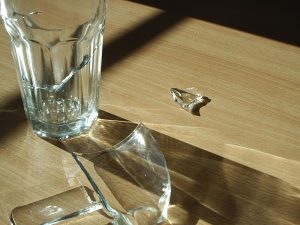 Back in 2008 at a nightclub in Tampa, defendant struck plaintiff with a cocktail glass after plaintiff allegedly attacked defendant without provocation. Permanent damage was done to plaintiff’s eye. When criminal charges were filed defendant, he was able to successfully shield himself from conviction on a felony battery charge with an argument of self-defense under stand your ground. However, plaintiff then filed a civil lawsuit against defendant.

Stand your ground, codified in F.S. 776.013 and F.S. 776.012, holds that one is under no duty to retreat before using force against another to the extent that person reasonably believes such conduct is necessary to defend onesself or herself against another’s use of imminent unlawful force. One also is justified in using deadly force if he/ she reasonably believes that such force is necessary to preventing imminent death or great bodily harm to onesself or another or to prevent the commission of a forcible felony.

The circuit court in this case granted defendant’s motion to dismiss, citing the Stand Your Ground law immunity. That finding is final.

However, then the personal injury lawsuit was filed in the civil case. Plaintiff alleged defendant was liable for battery and negligence. Defendant responded with an affirmative defense, citing the circuit court’s immunity ruling.

The civil circuit court denied defendant’s motion for summary judgment, ordering an evidentiary hearing to ascertain defendant’s immunity in the civil proceedings. Before this hearing could take place, defendant filed a petition for a writ of prohibition with the Second District Court of Appeals, arguing the civil circuit court lacked jurisdiction in a civil case based on the immunity determination in the criminal matter. The 2nd DCA granted defendant’s petition, citing F.S. 776.032, which guarantees a single Stand Your Ground immunity determination for both criminal and civil actions. This, however, is in direct conflict with other cases, and that conflict was certified, meaning the Florida Supreme Court needed to weigh in.

The court noted that when a civil case is filed before a criminal case, there would be no mechanism for that potential defendant to preemptively secure a determination of immunity. Where a criminal immunity determination is made before a civil lawsuit is filed, that determination can’t bind potential civil plaintiffs who aren’t a party to the criminal proceeding because the law usually doesn’t allow binding a person to judicial determinations made in matters to which they were not a party.

In reversing the 2nd DCA’s decision and rejecting its interpretation of Stand Your Ground, citing a number of reasons. One of those was the fact that a 2017 amendment to the law establishes different burdens of proof for civil and criminal immunity, which implies an understanding that there should be separate determinations of immunity, and that an immunity determination in a criminal case could not be binding on the civil case.