Anytime an insurance claim is made for injuries relating to a motor vehicle crash, you can bet the insurer is going to question both the nature and extend of any injuries. The primary way this is done is through compulsory medical exam. 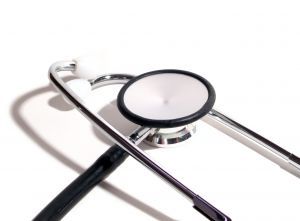 This is sometimes referred to by the insurer as an “independent” medical exam, but our Cape Coral car accident lawyers refuse to use this term, as there is nothing “independent” about these visits. The doctors are paid for by the insurer, with the primary goal of discrediting your assertions about the seriousness of your condition.

In the past, auto insurers commonly used a policy provision to automatically deny coverage to a claimant who refused to submit to a compulsory medical exam after seeking underinsured/uninsured motorist benefits. A Florida Supreme Court ruling in March – State Farm v. Curran – rejected this practice. While the insurer had argued refusal to submit to an exam amounted to a breach of contract by the insured, the court found it to be a post-loss obligation, not a precursor to coverage.

That doesn’t mean injured parties needn’t submit to these exams. It’s still an important part of the litigation process. What it means is that insurers have to meet a higher burden of proof in showing the insured’s refusal prejudiced their case.

The Curran ruling is already having an impact, as it was cited in a more recent case, Bush v. State Farm, by Florida’s Second District Court of Appeal.

In that case, the injured woman was rear-ended by an uninsured driver and sought underinsured motorist benefits from her own insurer. The insurance company denied coverage, and a lawsuit followed. The insurer responded with a notice of examination, giving the insured the name of a doctor (of its choosing), as well as a time, date and location for the scheduled exam. The insured argued the scope of the exam was too broad, and sought certain limitations and protections. The insurer refused to grant any of these, so the insured didn’t show up for the exam. The insurer argued this triggered an automatic forfeiture of coverage. The trial court agreed, but that was before the Curran case was decided.

In light of that ruling, the 2nd DCA reversed, pointing out that an insured’s breach of the compulsory medical exam provision of a policy is something the insured can put forth as an affirmative defense. However, it’s the insurer who has the burden of proving to the court that the breach caused prejudice.

Our injury lawyers do sometimes argue to limit the scope of compulsory medical exams requested by the insurer. But personal injury attorney should never encourage a client to be dishonest with a doctor.