Big business in Florida is pushing hard to get lawmakers to pass a series of bills limiting awards in civil lawsuits in the state. These powerful business lobbyists, which include Disney, Publix, State Farm, Walgreen’s and Liberty Mutual, are focused on two measures in particular. 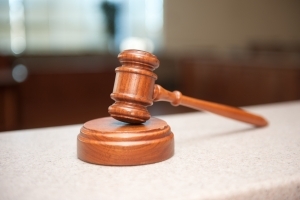 One of those promises to alter the way medical damages are tallied for accident victims, which would almost certainly result in smaller jury awards and pre-trial settlements. Even negotiating a pre-trial settlement would be tougher because it would strip the plaintiff of a certain degree of leverage. The second would shield insurance firms from lawsuits that allege they have acted in “bad faith” in handling claims.

Last year, there was a concerted effort by the business lobby to pass these reforms, but they faced substantial opposition not only from trial lawyers, but also doctors and hospitals. Now, the lobbyists have resurrected the issues, hoping to capitalize on what could be the last term of Republican Gov. Rick Scott, who has historically made reducing personal injury litigation a main priority.

Experienced personal injury attorneys know, while these companies argue that inflated medical costs and greedy trial lawyers are to blame for rising insurance prices, the reality is that despite numerous tort reform efforts over the years, which have slashed victim rights, insurance costs remain on the rise.

Still, big business is marketing the changes as “Truth in Damages.” They contend that juries should decide awards for medical damages based on amounts that would be considered “customarily accepted.” One of the measures would also bar injury victims from collecting payments for any medical treatments that aren’t deemed necessary.

The problem is that only allowing victims to collect what would be a customarily accepted amount would be the same thing as imposing a cap, or attempting to standardize jury awards. One of the effects is that the determined amount would be very low to match rates paid by insurers, which enjoy substantial discounts. This in turn could result in doctors refusing treatment to an uninsured accident victim if the doctor anticipates being paid at a steep discount. Even then, the doctor might only be paid if the patient wins the lawsuit. Ultimately, innocent victims are going to be stuck with sky-high medical bills if the award for damages they receive is inadequate.

Trial lawyers have mounted a significant opposition to the passage of these changes. Thus far, it appears to be working, as both bills have effectively stalled in the state senate.

This has prompted the Florida Chamber of Commerce to go on the offensive, with television ads that claim lawsuits cost Florida families an extra $3,400 annually in higher costs charged by businesses.

These figures of course are skewed, and neglect to point out that a single accident victim could easily incur medical bills that stretch into the six-figures. the reality is that big businesses spend a lot of money to evade responsibility when their own negligence seriously injures or kills a consumer.